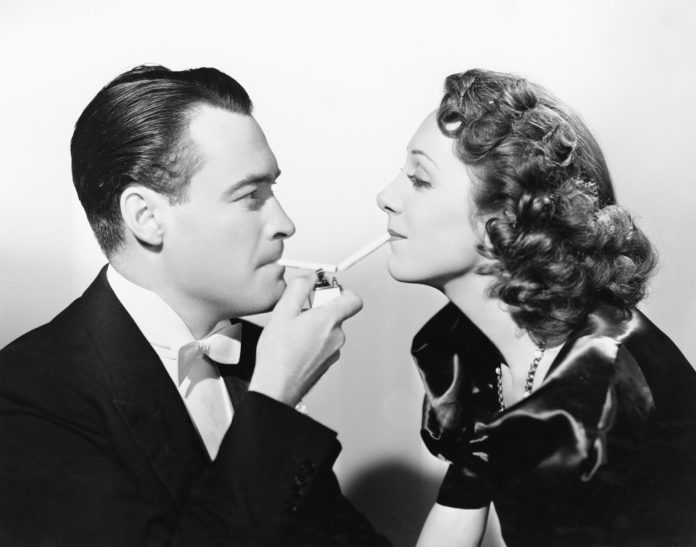 Studies have consistently shown that tobacco use in movies promotes smoking among kids. Yet, the number of smoking depictions in top-grossing films increased 72 percent from 2010 to 2016 — from 1,824 to 3,145 — according to a July report by the Centers for Disease Control and Prevention (CDC).

The CDC report states that in the past six years, tobacco incidents in PG movies decreased by 87 percent, but smoking incidents in PG-13 movies increased by 43 percent and in R-rated movies by 90 percent.

“Movies are the single largest reason kids start smoking, that’s why getting smoking out of youth-rated films is so important,” said author Dr. Stanton Glantz, a professor of medicine and the director of the Center for Tobacco Control Research and Education at the University of California San Francisco. “Films are a larger-than-life medium, and the engagement with it is very intense and often repetitive. It’s just a very strong stimulus.”

In 2016, tobacco incidents were included in 41 percent of the top-grossing American films, according to the report. A tobacco incident was counted every time a movie featured the use or the implied use of cigars, electronic or traditional cigarettes, hookahs, pipes and/or other tobacco products. Cases of implied tobacco use were not frequent but occurred when a character was shown holding but not actually using any product that contains tobacco.

“It’s important for people to know that electronic cigarettes are not harmless water vapor,” Glantz said. “While they do deliver lower levels of cancer-causing chemicals, the ultrafine particles and other things they deliver can trigger inflammatory processes related to heart disease, lung disease and other diseases.”

The CDC report also highlighted a statement by the U.S. Surgeon General acknowledging that teens and young adults who are exposed on screen depictions of tobacco products are more likely to smoke.

“Even though five years ago the surgeon general concluded that exposure to smoking on screen causes kids to smoke,” Glantz said. “Still, most people don’t understand that [smoking in movies] is a major stimulus.”

In 2001, he launched Smokefree Movies, an educational platform that allows more people to understand the dangers of on-screen smoking and also includes research suggesting that exposure to smoking in movies is the main factor promoting youth smoking in the U.S. — accounting for about 44 percent of all new smokers.

Yet, the alarming data does not seem to be sufficient to raise awareness within the entertainment industry, which has had a longstanding and historical connection with the tobacco industry.

In the late 1920s, as Hollywood began to leave silent films behind and combine motion pictures with recorded sound, tobacco products were also added to the equation. By 1955, about half of all American homes had a television set, and the tobacco companies had shifted their ad money to commercial TV programming as well — until the ‘70s when cigarette ads were banned from the radio and TV. By 1972, tobacco companies were heavily investing on sponsoring films again.

“The argument we hear sometimes is that ‘this is a long tradition in Hollywood’ or that ‘they’re just reflecting reality’ is bogus,” Glantz said. “Most of that smoking got put in there because it was paid for. It’s a very hard connection to break because the tobacco companies spent nearly a century building relationships with people in the entertainment industry. The tobacco companies appreciate the smoking in entertainment media, like in movies, because it’s a very powerful form of advertising — in part because people don’t even realize they’re being advertised to.”

The historical link between the entertainment industry and the tobacco companies may appear to be perpetuated not only by advertising money but also by other factors. For example, the Motion Picture Association of America (MPAA) doesn’t currently assign R ratings to all movies that feature tobacco use. But the American Academy of Pediatrics has… (continue reading) Article Name
Smoking in movies is popular again and can harm children
Description
The number of smoking depictions in top-grossing films increased 72 percent from 2010 to 2016, according to a July report by the CDC.
Author
Livia Areas-Holmblad
Publisher Name
Addiction Now

Drug Detox Center in Martha’s Vineyard to Open This Month