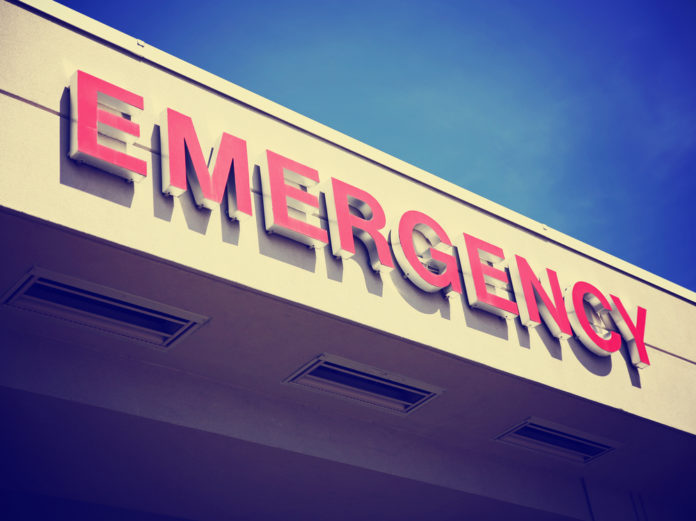 The majority of people who frequently attend emergency rooms due to alcohol-related reasons are unemployed, isolated and not only mentally but also physically ill, a new U.K. study shows.

The authors of the study — published Drugs: Education, Prevention & Policy — explained that assessing the common characteristics of the population in need of recurrent emergency medical assistance can be valuable for several reasons, including addressing discrimination and improving treatment. Information about the characteristics of people who frequently visit emergency rooms for alcohol-related reasons is fairly limited and mostly derived from measurable surveys or demographic data.

“The motivation behind [the study] was because there is a big problem with ‘alcohol frequent attenders’ costing a huge amount of money to public sector services in the U.K.,” said author Tom Parkman, a postdoctoral research fellow in the Addictions department at King’s College in London.

They collected reports from six large hospitals in London that constantly have busy emergency departments. Physicians specialized in alcohol-related disorders and nurses from these hospitals provided the researchers with information about past-year emergency room visits before a sample (of 18 men and 12 women) was selected.

Partially-structured interviews that lasted between one to two hours were conducted with the 30 participants and covered topics such as sociodemographic details; present and past alcohol and other drug use; and addiction treatment history or desired support.

According to the researchers, each subject was “sober enough to consent” to be interviewed for the study, but some did drink before or during their interviews.

After the interviews were transcribed and analyzed, the researchers found that the majority of the subjects had a similar, long history of alcohol use.

The frequency of hospital visits varied drastically among the participants — between 10 and 84 visits a year per participant — and their patterns of substance use were also different, but almost all of them met the criteria for alcohol use disorder.

“We found that there are ‘push factors’ contributing to them attending — for example, the dislike of community services, deteriorating health and excessive drinking,” Parkman said. “And ‘pull factors’ from the hospitals [such as] being warm, always open [are] perceived as ‘better quality’ compared to community services.”

For some subjects, their alcohol addiction had reached life-threatening levels. One participant reported drinking bleach several times and another reported being terminally ill after having a severe liver disease among other problems.

Almost one-third of the subjects had been diagnosed with a mental illness and almost all others said they believed they had an undiagnosed psychiatric condition. Nearly all of them reported that they struggled with a chronic physical illness, including arthritis, epilepsy, Guillain-Barré syndrome and obstructive pulmonary disease. The majority admitted that these conditions were… (continue reading) Article Name
Traits of people who go to the emergency room because of alcohol
Description
The majority of people who frequently attend emergency rooms due to alcohol-related reasons are unemployed, isolated and not only mentally but also physically ill, a new U.K. study shows.
Author
Livia Areas-Holmblad
Publisher Name
Addiction Now