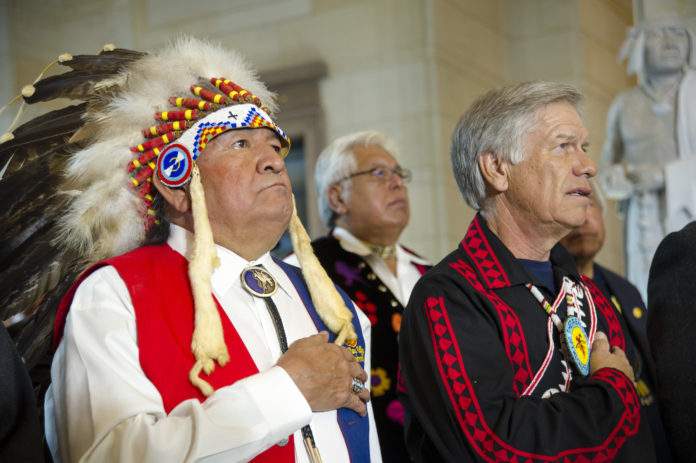 Native Americans have the highest drug overdose rate of all minorities in the United States and have suffered some of the highest death rates. Still, they are rarely included in the conversation about the opioid crisis.

According to the Centers for Disease Control Prevention (CDC), white death rates in rural areas rose by 325 percent in 2015 while Native American populations living on reservations increased more than 500 percent during the same period.

Though President Trump declared the opioid crisis a public health emergency, with the Native American population seemingly out of the national conversation, it is unclear whether they will get the focused attention they need to receive equitable addiction treatment and resources for prevention.

Although drug addiction and overdose are not new problems for the indigenous community, the increase of opioids in the market and lack of adequate treatment funding across the country have not helped stop this growing epidemic. In 2014, CDC research showed that 8.4 out of every 100,000 Native Americans were dying of an opioid overdose, the highest for any racial demographic. In addition, Native Americans are dying from heroin overdoses at 3.7 per 100,000 people, right behind whites at 4.4 for every 100,000.

Similarly, a survey from the National Institute on Drug Abuse found Native American students from 2009 to 2012 used heroin and OxyContin two to three times more than the country’s average.

Despite that they have remained absent from the government’s rhetoric about mitigating the opioid crisis, Native American leaders in New Mexico met with representatives of the Department of Justice (DOJ) under President Barack Obama to talk about the state’s high drug overdose rate. They also attended a series of meetings with the DOJ in 2017 to discuss new strategies to expand treatment, prevention, and funding

The Department of Justice announced in August that they would increase assistance given to Native American tribes to help slow the opioid epidemic. The extra help includes expansion of a program that gives tribes access to federal crime data, addressing the opioid crisis, helping victims of sex trafficking, and strengthening investigations into crimes against children.

While treatment is very helpful for those going through addiction currently, Native American tribes have said, prevention programs are the key to beating the opioid epidemic for good.

There seem to be movement in the right direction for Native American tribes concerning the opioid epidemic, they have remained out of the national conversation. And with only $57,000 available in the fund for the declaration of the opioid crisis as a Public Health Emergency, it remains to be seen if any adequate legislation and subsequent funding will reach Native Americans, or anyone, suffering from drug abuse.