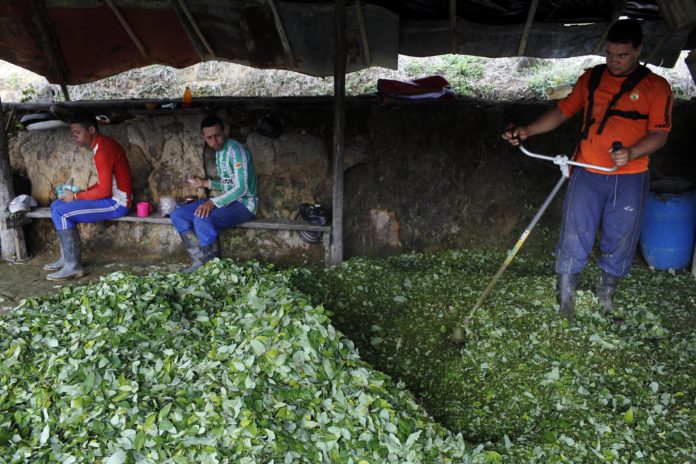 Colombia and the United States will team up to reduce the cocaine trade and the amount of the coca leaf grown in the former and sold in the latter.

Security forces and government officials from the U.S. and Colombia met in a meeting March first and agreed to mitigate the amount of cocaine by half over the next five years.

The details of how this reduction will be achieved were not released to the public, but the countries indicated that they could work together to slash production.

In addition to the opioid epidemic, cocaine use has been resurging in recent years, killing, for example, more black Americans a year than opioids.

In August the Drug Enforcement Administration (DEA) official in Miami said that a torrent of cocaine was coming to the United States, fueled by an increase in production of the coca plant in Colombia that occurred ahead of peace talks between rebel groups including the FARC and the government. The DEA has said that the cocaine is about to hit the global market.

The amount of cocaine coming into Florida in particular is at an all-time high. DEA has been speaking about how there has never seen cocaine production in this high of numbers. More now, one official said, than at the height of the Medellin and Cali cartels.

The United States gave Colombia for military and social programs aimed to curb cocaine production, and the U.S. now provides the country about $400 annually.