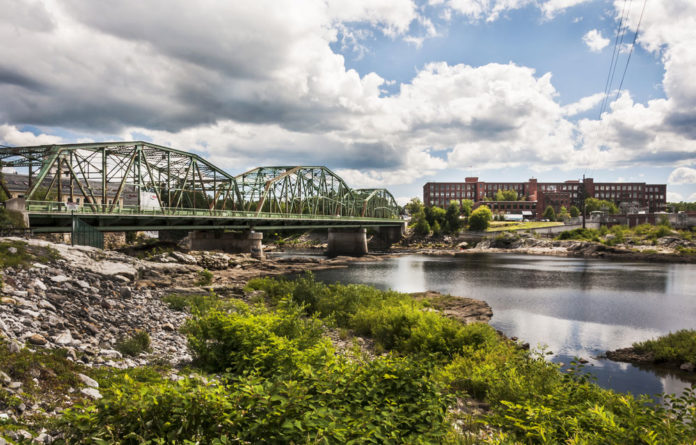 A drug treatment program in Brunswick, Maine is gaining some traction in Cumberland County thanks to a partnership organized by Mid Coast Hospital.

Mid Coast Hospital’s ARC is one of only four facilities that offer a drug and alcohol treatment program in Brunswick, according to the National Directory of Drug and Alcohol Abuse Treatment Facilities 2017.

The program is called ED/ARC Enhanced Referrals for Suboxone and Alcohol, and allows ER doctors to administer treatment for low-risk drug and alcohol withdrawal. Doctors are also able to administer Suboxone to patients who are recovering after being rushed into the ER. Mid Coast Hospital is the first facility to prescribe Suboxone in Maine.

The drug treatment program will allow doctors to refer ER patients to ARC for more care. Patients will often get to leave the ER and then go to the facility the following day.

ARC is incorporated with a complete system of healthcare services, permitting for simple referrals, synchronized care, and maximum access for anyone in need of drug or alcohol treatment, regardless of their financial situation.

Dr. Ranjiv Advani, the medical director of the emergency department at Mid Coast, stated that the program is valuable because local drug treatment services are starting to become scarcer coinciding with more people seeking treatment for substance use disorder.

Advani noted that Mercy Recovery Center, which offered a similar drug and alcohol treatment program closed down in 2015, thus creating more difficulties in treating people. He stated that doctors at Mid Coast would be forced to refer patients to a facility in Westbrook for additional inpatient treatment.

He also said that in the past they would only be able to serve as a guide to other facilities with a drug and alcohol program instead of being able to assist them directly, which was frustrating for health care providers.

He stated that he is aware that programs like this exist across the nation but he also learned at the various conferences he had attended that there aren’t many hospitals with collaborative programs in their facilities.

Dr. Leah Bauer, one of ARC’s psychiatrists, indicated that people have been showing up to the facility and the patient population has been steady. The main difference, she said, is that they have been able to shorten the wait for patients who need treatment.

Bauer stated that curtailing the wait for treatment is important because it’s vital to intervene at the right time when it comes to a person’s addiction.

Both Advani and Bauer indicated that they are presenting their program to other medical providers across the country to spread the word.

Bauer is hoping that the drug treatment program at Mid Coast, which started in October, can make potential patients more comfortable in choosing to get addiction treatment with them.

The hospital has reported that 11 people were referred to ARC between the start of the program and the end of January, and that nine of them were in treatment for the first time.