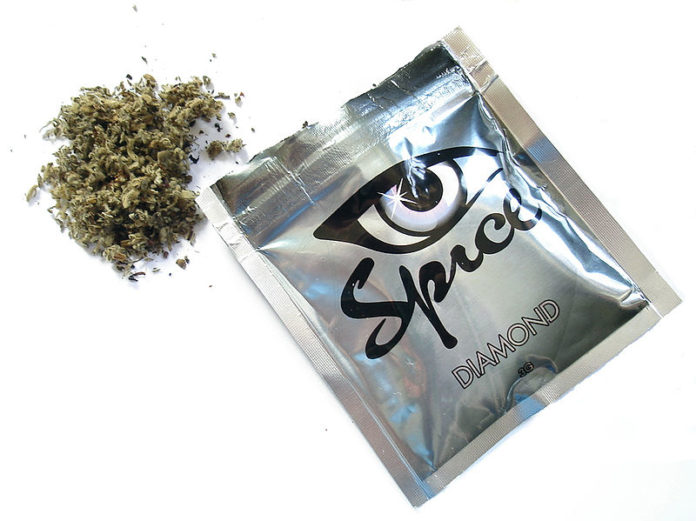 More than a dozen people were sent to the hospital in Brooklyn, New York Saturday for what police are blaming on bad synthetic marijuana.

The police believe that the cause is a toxic batch of “spice,” otherwise known as “K2” or simply synthetic marijuana. Synthetic marijuana is designed to mimic the effect of THC in cannabis. Unlike cannabis, however, spice can cause aggression, hallucinations, severe anxiety, and a rapid heart rate.

There have been discrepancies on how many people were hospitalized. The New York Times reported 14 people were sent to the hospital while CNN reported 25 people.

The people who smoked the synthetic marijuana would fall to the floor after two puffs of the drug, according to witnesses.

Some of them were found by police unconscious, having trouble breathing, and vomiting. Each of the hospitalized were treated with naloxone, an anti-overdose drug usually associated with opioids.

They are all expected to survive, and by Sunday at least half a dozen people were released from the hospital.

This isn’t the first incident of its kind in regard to synthetic marijuana. 33 people were hospitalized over an 11-hour people in 2016 because of a suspected bad batch of spice.

Authorities are now seeking information about the drug activity in the area.

New York City hospitals have recorded 600 emergency room visits caused by synthetic cannabis this year, and there have been similar reports in Illinois and Maryland.

A warning from the CDC came last month about unexplained bleeding including coughing, blood in the urine, bloody noses, and bleeding gums. This was also tied to synthetic cannabis that contained brodifacoum, which is a rat poison.

Four people died and 153 were sickened by spice in central Illinois in about a month long period in March and April.

Most states have banned synthetic cannabis, but it remains difficult to control. This is due in part to the fact that its make-up is always changing. It also makes it difficult to assess the danger.

The Link Between Substance Abuse and Music