request for proposals to birthing hospitals in the state to enhance programs for infants born with NAS and is making up to $3.5 million available to hospitals to address the issue.

According to the Health Policy Commission, the rate of NAS in Massachusetts was triple the national average in 2009, and the cost of care for a baby born with NAS was between $159,000 and $238,000 more than a healthy newborn.

Recent data from the Centers for Disease Control and Prevention (CDC) mirrored the data from Ohio and Massachusetts.

Symptoms of NAS include problems sleeping, neurological irritability, poor feeding, seizures, vomiting, fever and excessive crying. The onset of withdrawal symptoms may be evident within a day or two after a baby’s birth, although they could start as late as five to 10 days after a baby is born.

“Symptoms may last for weeks even after the baby goes home from the NICU,” Thomas said. “That is why education is such an important part of the NICU process. We need to discuss typical symptoms and how to navigate through them.”

The CDC also stated that NAS is most often attributed to opioid exposure in utero. The use of opioids by pregnant women can result in serious withdrawal symptoms in their infants, which can last up to six months.

“The more substances the baby is exposed to the longer the withdrawal can be,” Bagwell added.

Article Name
New study mirrors national data showing sharp increase in babies born with withdrawal symptoms
Description
Researchers found that neonatal abstinence syndrome (NAS) — a condition in which babies are addicted to the drugs their mothers may have used while pregnant — has risen in the U.S. from 2.8 cases per 1,000 births six years ago, to 7.3 cases of NAS per 1,000 births in 2013. Data shows that states like Ohio and Massachusetts are particularly affected by the problem.
Author
Livia Areas-Holmblad
Publisher Name
Addiction Now 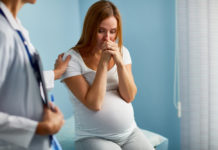 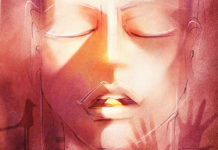