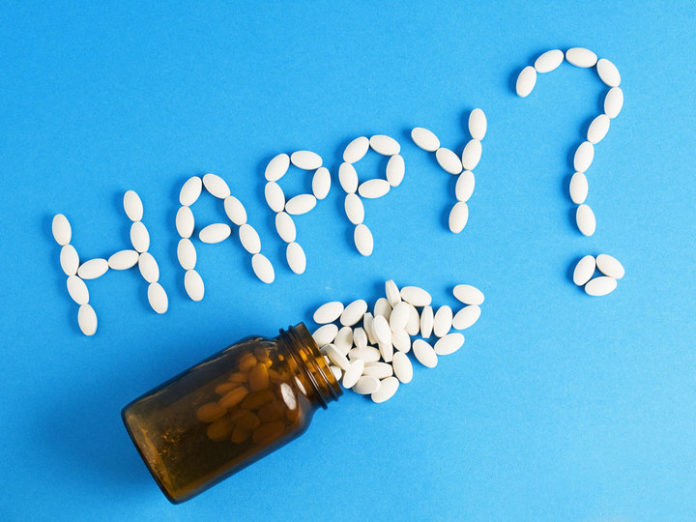 The report, titled Adult Utilization of Psychiatric Drugs and Differences by Sex, Age, and Race,  was published in JAMA Internal Medicine last Monday and analyzed data from the 2013 Medical Expenditure Panel Survey.

It concluded that 16.7 percent of the 242 million adults in the U.S. filled at least one prescription for psychiatric drugs in 2013. Of those, 12 percent were for antidepressants, 8.3 percent for anxiolytics, sedatives and hypnotics, and 1.6 percent reported taking antipsychotic drugs.

Roughly 80 percent of the adults who reported taking psychiatric drugs in 2013 were long-term users. What is most alarming about his statistic is that although some psychiatric drugs (such as leading antidepressants) have limited information about the recommended duration of use, others such as benzodiazepines include warnings about dependence and withdrawal.

The National Institute of Mental Health states that side effects from antidepressants like Prozac include nausea and vomiting, sleepiness, sexual problems, thoughts about suicide or dying, and acting on dangerous impulses. Anti-anxiety medications like Clonazepam have side effects including muscle or joint pain, confusion, nightmares, difficulty breathing or swallowing, and fatigue. Side effects from antipsychotic drugs like Haloperidol, or Risperidone can include low blood pressure, uncontrollable movements, and persistent muscle spasms.

There were vast differences in demographics among those who reported taking a psychiatric drug and those who didn’t. Nearly 21 percent of those who reported use were white adults, compared to 8.7 percent who were Hispanic. Asian and black respondents were… (continue reading)