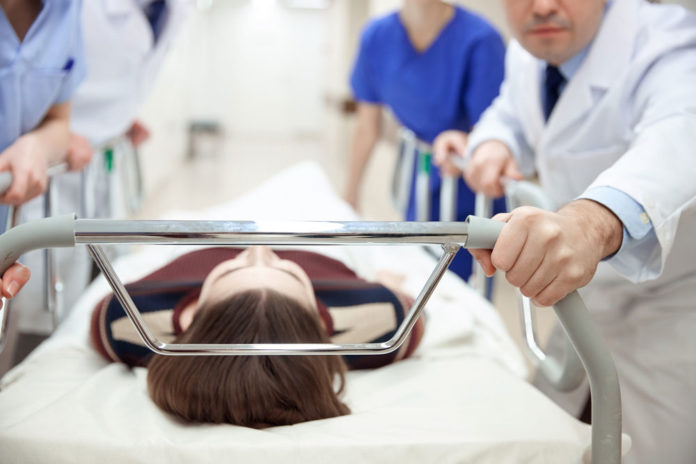 Revealing just how grim the American opioid epidemic has become, a new study finds that more than 100 teens and young adults with opioid addiction are arriving in emergency departments daily.

Nearly 50,000 emergency care patients who tested positive for an opioid addiction or dependence were 21 years old or younger in 2013 — this is an increase from 32,200 in 2008, according to the research, presented last month at the American Academy of Pediatrics 2017 National Conference and Exhibition in Chicago.

About 88 percent of these patients were 18 to 21 years of age and about 8 percent consisted of 16- to 17-year-olds. A very small amount included children younger than 12 years old.

The types of opioids found in these patients’ systems included prescription painkillers like Percocet, OxyContin, Vicodin and illegal drugs such as heroin.

After an emergency department visit, close to 60 percent were routinely discharged and nearly 32 percent were accepted for inpatient care.

Patients who came from high-income households were more likely to get continued care than be discharged from the hospital. Teens and young adults who were not insured were less likely to be hospitalized.

In total, 200 youths died in emergency care while 325 died after hospitalization.

Medicaid paid for just over 37 percent of these emergency visits and private insurers paid for slightly more than 41 percent. Nearly 25 percent of the patients did not have insurance.

During the years studied, more than a quarter million youngsters visited... (continue reading)