Home Inform Tolerance and dependence: Heroin’s impact on the brain 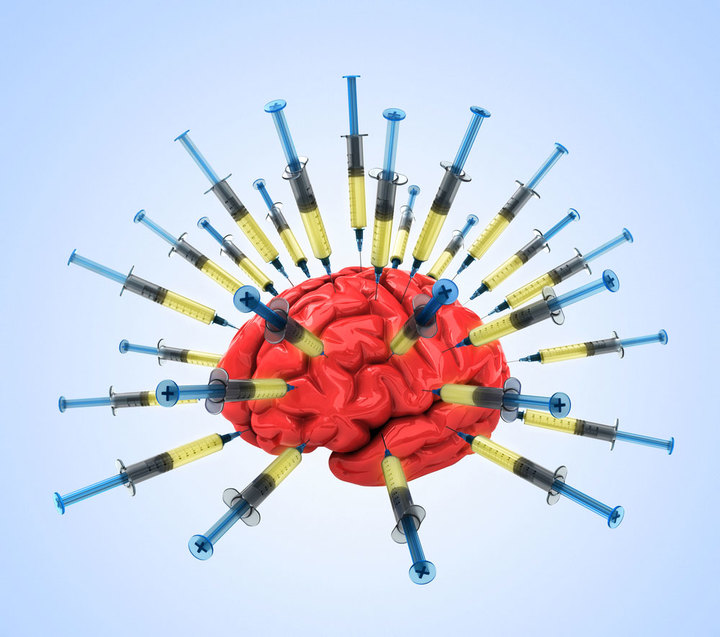 cause other mental illnesses such as bipolar disorder and schizophrenia. These imbalances are not easily reversed and require further medical and psychiatric treatment.

A paper by a team of neurologists chronicles the various effects heroin has on the nervous system. They studied patients at a hospital in Harlem where heroin was widely used at the time of publication. The study adds that the opiate can cause nerve disorders, muscle disorders, lesions, hepatitis, tetanus and brain abscesses, causing inhibitions and complications.

Tetanus interferes with the signals sent from the brain to the spinal cord, resulting in muscle spasms, stiffness, epileptic seizures and fits.

Hepatitis, through debilitating the liver, causes “brain fog” along with anxiety, confusion, and troubles with concentration and memory.

Street heroin may include toxic additives that clog the bloodstream and travel to the brain while permanently damaging vital organs.

Heroin overdoses cause suppressed breathing and affect the amount of oxygen that makes it to the brain, a condition called hypoxia. The lack of oxygen reaching the brain can have both long-term and short-term effects including coma and permanent brain damage.

“There’s been a huge culture change,” said Ohio Attorney General Mike DeWine. “It used to be that, even people doing drugs, most would never think about doing heroin. It was a psychological line that they wouldn’t cross.”

Summary
Article Name
Tolerance and dependence: Heroin’s impact on the brain
Description
Two of the primary effects heroin has on the brain are tolerance and dependence. The brain will get accustomed to the drug and its effects despite how destructive it is to physical health and cognition. Once the brain and body begin to tolerate heroin, it will need a higher dosage to achieve previous results, which leads to dependence or addiction. Dependence is when the brain needs the drug to avoid unpleasant physical withdrawals.
Author
Ryan Beitler
Publisher Name
Addiction Now

Is Ritalin a gateway drug?