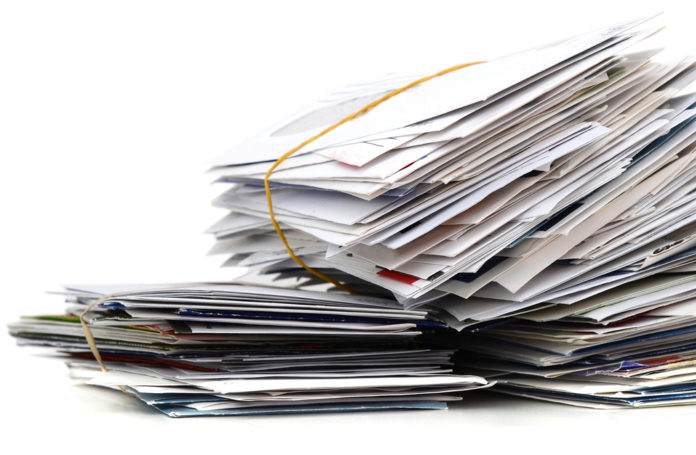 Prisons are cracking down on inmates receiving drug-soaked mail from the outside world, and new technology is aiming to stop contraband from landing in the hands of prisoners.

Correctional facilities from Nevada to West Virginia have reported practices of sneaking liquefiable drugs — such as heroin, methamphetamines and Suboxone— past security personnel.

“I can go back in time to when I first started in my career, which is 26 years ago, and we had people smuggling heroin in through the mail,” said Captain Heidi Howe of the Washoe County Sheriff’s Department in Reno, Nevada. “Due to the whole opiate crisis, we’ve seen a distinct rise in the popularity of heroin.”

Letters and photos are ironed flat after they are soaked with illicit substances like heroin diluted with water; when successfully smuggled into the facilities, inmates can chew and absorb the drug or cut them into strips to sell within prison walls.

The Federal Bureau of Prisons said in an email statement that they “began seeing attempted drug introductions via liquid narcotics, by soaking paper, approximately in 2010, [which] coincides with the introduction of synthetic drugs in our communities.”

The bureau also noted that amphetamine, synthetic drugs, and buprenorphine (suboxone) are the drugs people attempt to smuggle through mail the most.

Many prisons fear that undetected drug smuggling could lead to overdoses and serious illnesses, and some have even begun asking families of prisoners to send pictures through email to print in their correctional facilities, allowing inmates to enjoy photos while keeping them safe from contraband.

“There’s a variety of ways this [method] can be done,” Howe said. “I’ve heard that sometimes the drugs will be placed into the ink that is printed on paper and will print with the drug itself,” and could also be “melted in crayons used to color [the mail].

Washoe County Jail has programs in place to treat inmates suffering from addiction, but drug-soaked letters and photos have plagued the sober integrity of their facilities for years.

Howe said that the staff in the facilities in Reno are very careful when screening mail. “The individual who reviews every piece of mail, if they see anything that seems [like] there may be something wrong with it or looks out of the ordinary, will take different pieces of mail and tested in our crime lab.”

K-9 units are also used to detect various substances not detectable to the human eye, she said.

New technology to combat the problem

The VeroVision Mail Screener is a machine that uses infrared hyperspectral imaging to detect drugs. “It’s addressing a need that many facilities are dealing with,” said Tifanie Tiberio, a spokesperson for ChemImage Corporation, the Pittsburgh-based developer of the screener. “The first step is reaching out and seeing if [prisons are] aware that they have a problem with drugs coming in through the mail. Often times, we find that they aren’t aware [it] may be affecting their facility.”

Summary
Article Name
You’ve got mail… soaked in drugs
Description
Prisons are cracking down on inmates receiving drug-soaked mail from the outside world, and new technology is aiming to stop contraband from landing in the hands of prisoners. Correctional facilities from Nevada to West Virginia have reported practices of sneaking liquefiable drugs — such as heroin, methamphetamines and Suboxone— past security personnel.
Author
Cesar Gamboa
Publisher Name
Addiction Now

What Does Meth Smell Like? Is There a Meth Lab in...

Over a Dozen People Hospitalized for Synthetic Marijuana