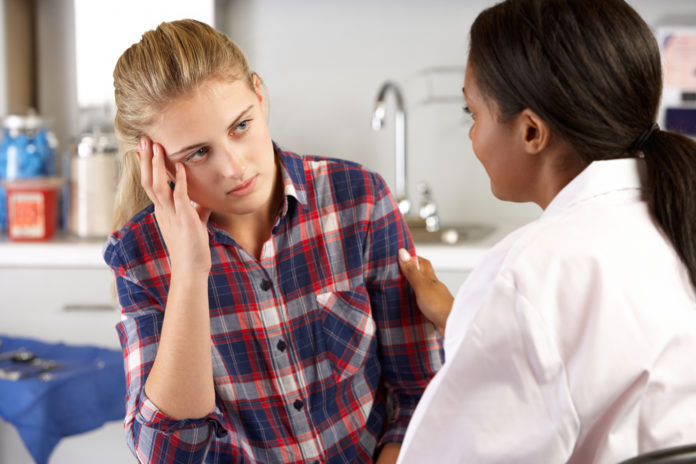 Addiction is not just a temporary habit or a hiccup of dependence, it is a chronic brain disorder that develops over an extended period taking an equally elongated course to debilitate. After initial detox, symptoms may persist in post-acute withdrawal.

“Withdrawal can be broken down into several segments,” said Dr. Stuart Gitlow of the American Society of Addiction Medicine. “They’ll have physical withdrawal symptoms, they might find themselves very anxious or they might have a seizure, aches, pains, flu-like symptoms. Once those are gone, they do experience symptoms including anxiety and particularly difficult with sleep. It often takes about a year for those symptoms to go away.”

Found most commonly in alcohol addiction, post-acute withdrawal syndrome (PAWS), or protracted withdrawal, can be caused by a variety of drugs and can result in a variety of symptoms depending on which drug was taken.

“It is unwise to treat these conditions with medication,” Gitlow said, favoring therapy instead.

In addition to alcohol, opioids, benzodiazepines, antidepressants, and psychostimulants can all be the culprit of protracted withdrawals. Cognitive-behavioral symptoms such as anxiety and a lack of problem-solving mental clarity, can accompany physical symptoms like seizures, sweating, and tremors, which manifest in prolonged withdrawal symptoms. Each drug that causes post-acute withdrawal all carry their own risks.

“Cocaine and marijuana can give us symptoms with mood [swings] that may not go away,” Dr. Gitlow said. “Paranoia, impulse control and emotional regulatory issues are all commonly observed and can last for an extended period when the drug suddenly stops being taken.”

The remedy, Gitlow said, is to stick to treatment. “[They need] to meet with their addiction treatment physician just as they would with any chronic illness. If they don’t, that’s when things tend to fall apart. When you push the brain into one direction, it takes a long time for it to go to back to normal. Sometimes it does not.”

Alcohol provokes mood swings, sleep disturbances and a lack of sexual interest. Similar symptoms occur in benzodiazepines, resembling those of schizophrenia, depression and panic disorders. The brain adapts to both drugs by entering a hyper-excitable state, inducing the symptoms involving an overactive nervous system.

“If you use a considerable amount of alcohol and stop,” Gitlow said, “it will take a while for mood and sleep to go back to normal. That process is very uncomfortable for people, the symptoms from alcohol are the most uncomfortable and long-lasting.”

Other adaptive changes in the brain are caused by antidepressants. The medications block nerve cells in order to increase levels of neurotransmitters such as serotonin, which induce pleasure. Since the drugs make a long-term shift in the brain, symptoms are usually reported when they stop taking the pills.

Opioids overstimulate the opioid receptors in the brain, and it hustles to adapt by making more receptors available, resulting in the increased need to achieve the euphoria of the first high. When the individual stops taking them, fatigue, sleep disturbances, increased pain sensitivity and mood disturbances may remain.

Relapse and long-term psychological damage are risks of protracted withdrawal symptoms while the brain scraps to heal itself and restore equilibrium. The prolonged nature of these symptoms increases the risk of a person returning to drug use.

“Substance use disorders are an unrelated condition,” Gitlow said. “You have it whether you’re using the drug or not. What everyone thinks is that we’re treating the individual for the drugs, but it’s just treating them for the physical symptoms. The key is to distinguish between who has the disease and who is taking part socially.”

Shifts in the brain’s chemistry can also cause mental disorders that may come about during or after post-acute withdrawal. As the brain returns to its normal state, the chemistry shifts in order to… (continue reading)

Summary
Article Name
Getting through post-acute withdrawal syndrome
Description
Addiction is not just a temporary habit or a hiccup of dependence, it is a chronic brain disorder that develops over an extended period taking an equally elongated course to debilitate. After initial detox, symptoms may persist in post-acute withdrawal.
Author
Ryan Beitler
Publisher Name
Addiction Now