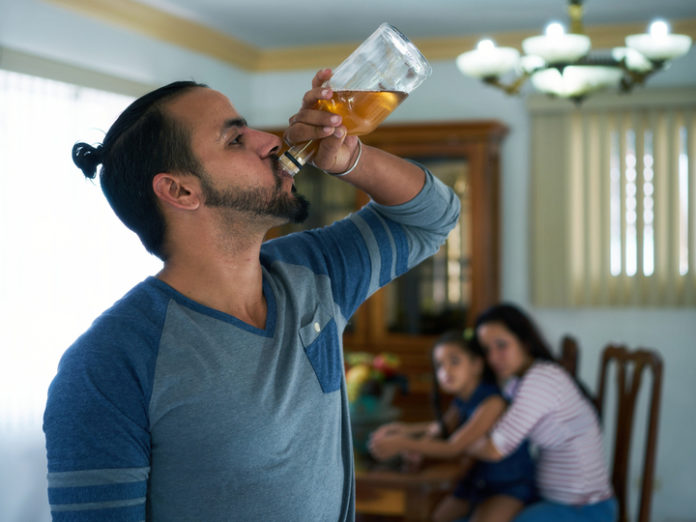 Immigrant and U.S.-born Latino adults face disadvantageous social and psychological circumstances that can impact health outcomes and lead to anxiety and substance addiction, according to researchers.

The study, published in the Journal of Addiction and Prevention, stated there is an urgency to comprehend the mechanisms associated with psychosocial elements linked to the disorders in relation to Latino adults because of the rapid population growth.

“The examination of psychosocial factors impacting Latinos is needed to acknowledge historical, political and social aspects that impact these individuals and their communities,” said Roberto Lopez-Tamayo, lead researcher and psychology graduate student at DePaul University. “Despite [the fact that] more attention has been given to environmental factors in relation to substance abuse relapse in recent years, only a few studies have explored individual and environmental factors in relation to alcohol and drug relapse in minority populations.”

The National Census found that in 2014, 55 million Latinos were living in the U.S., making them the largest and fastest growing minority group. The study also included national data showing that only 9.7 percent of the Latino population were diagnosed as addicted substance users in 2010. However, from 2003 to 2011, Latinos had a smaller probability than European-Americans to have enrolled in drug addiction treatment — 9 percent versus 10.5 percent, respectively.

Additionally, the study cited that 75 percent of Latinos with substance use disorders also suffered from an anxiety disorder.

The researchers gathered 131 individuals who had completed substance abuse treatment.

A total of 86.3 percent were males and 48.1 percent were born outside of the U.S. with a mean length of 19 years in the country. The study applied a multigroup analysis to explore the generational differences in paths between affiliation to American culture, association with influential people, time of formal education, and duration of drug use to full-time employment.

The results suggested that a closer affiliation to American culture was correlated with drug abuse, whereas years worth of formal schooling and longer durations of full-time employment resulted in reduced anxiety within the immigrant group.

Lopez-Tamayo found a particular result surprising: “The finding that more years of formal education and being gainfully employed was not associated with stress among the immigrant group,” he revealed. “Given that the literature on the immigrant paradox suggests that the longer immigrants reside in the U.S. the longer they resemble their U.S.-born counterparts, I was expecting to find an association between the above factors. My guess is that the anxiety measure was not sensitive enough to capture anxiety-related symptoms.”

In contrast, association with American culture and persistent contact with important people were linked to… (continue reading)

Summary
Article Name
Latinos in US endure unique obstacles that can lead to substance use disorders
Description
Immigrant and U.S.-born Latino adults face disadvantageous social and psychological circumstances that can impact health outcomes and lead to anxiety and substance addiction, according to researchers.
Author
Cesar Gamboa
Publisher Name
Addiction Now