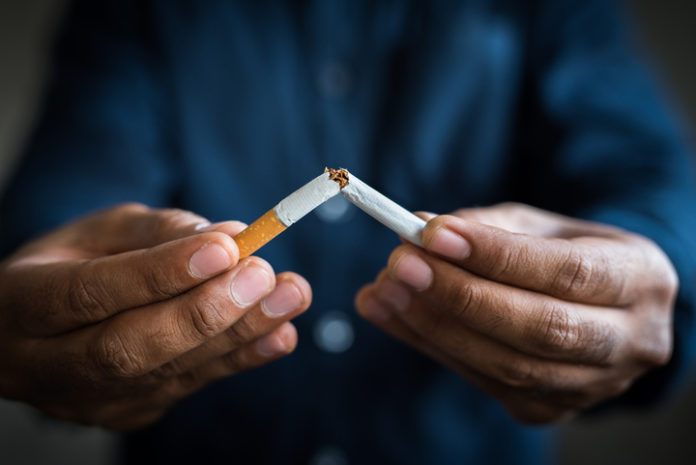 Since 2012, more Americans have made a serious attempt to quit smoking, according to a recent study, which highlighted that attempts increased to 55 percent of the smoking population in 2014.

Researchers from the health care consulting company Pinney Associates analyzed quitting trends from 2009 to 2014 and compared their findings to the Healthy People 2020 Tobacco Use objective, which was launched in 2000 by the Centers for Disease Control and Prevention (CDC). The campaign hopes to encourage over 80 percent of smokers to seriously attempt quitting by 2020 and inspires communities and health care professionals to make healthy decisions.

The lead author of the study and president of Pinney Associates, Joe Gitchell said he believes “encouraging smokers to quit and promoting anything that can reduce smoke exposure, including e-cigarette use, is beneficial.”

The study revealed that there was no significant change in serious attempts to quit smoking from 2009 to 2011. However, a substantial upward trend occurred from 2012 to 2014. In 2014, the rate was the highest since 1997 at 55 percent, and 22.4 percent of those who seriously attempted to quit were successful.

The Department of Health and Human Services cautions that tobacco use and secondhand smoke are the leading preventable contributors to diseases, disabilities and premature deaths. According to the CDC, tobacco use causes approximately 480,000 deaths, secondhand smoke causes 41,000 deaths, and 16 million Americans suffer from at least one smoking-related illness.

The CDC and the U.S. Surgeon General reported that tobacco use and nicotine addiction typically begin during adolescence and it is critical to tailor prevention strategies for youth. The CDC hopes tailored strategies will prevent the initiation of any form of tobacco and/or e-cigarette use among youth.

“While younger smokers in their 20s and 30s actually make quite a few quit attempts, they are less likely to use treatments and less likely to succeed,” Gitchell said. “There’s this complexity in terms of differences between people — how dependent they are on smoking, genetic factors, environmental factors, and many other components affect the likelihood that someone is going to succeed.”

Though there has been modest success at increasing quit attempts in the U.S., research confirms that smoking cessation concretely and most effectively reduces morbidity and mortality.

Summary
Article Name
An increasing number of Americans attempt to discontinue tobacco use
Description
More American smokers have made a serious attempt to quit smoking and more of those attempts have been successful.
Author
Katherine Beigel
Publisher Name
Addiction Now