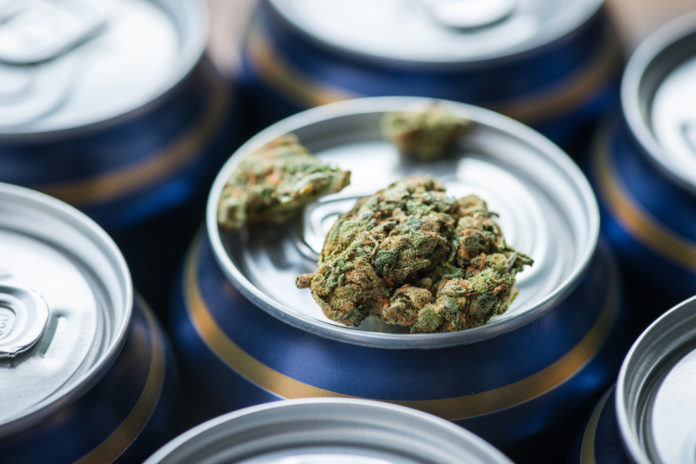 Researchers from various universities in Connecticut analyzed the combined impact of alcohol and marijuana on the academic performance of college students and found that even moderate use of both substances can negatively impact a person’s grade point average (GPA).

Shashwath Meda, senior clinical research associate at the Olin Neuropsychiatry Research Center at Hartford Hospital, explained that what motivated him to lead the research was “the simple fact that alcohol and marijuana are prevalently abused in colleges, yet there is almost no scientific study that examines both these variables together on academic performance.”

“The current study to our knowledge is the first one looking at combined effects of pot and alcohol in college students over an extended period of time where drug use is very prevalent,” he said. “We find something strikingly similar to what was reported in a similar study in high school students recently that showed teenagers who were followed over a 7-year period showed that those who used both marijuana and weed tend to get worse grades at school.”

The researchers examined data collected over two years by the Brain and Alcohol Research in College Students, which included monthly survey answers — regarding alcohol and marijuana use patterns — from 1,142 freshmen in college (aged 18 to 23) and examined their math, verbal, and writing Scholastic Aptitude Test (SAT) scores.

Socioeconomic status, family history of alcoholism, and demographics were some other factors accounted for in the study. Meda said that it’s important to note that the sample was gathered based on a convenience sampling of two local Connecticut colleges. “The demographics of students and their background when considered nationwide could be very different,” he said.

Although there were no significant discrepancies on pre-baseline academic achievements or pre-college SAT scores, students who used moderate to high quantities of alcohol and low marijuana had lower GPAs than their sober peers.

Medium/high users of both alcohol and marijuana were found to have a lower predicted GPA than those who did not use or moderately used either of the substances — at the outset examination as well as throughout the period of the study.

Meda’s team also found that those who used substantial amounts of alcohol alone but little to no marijuana did not have a consistent decrease in GPA scores during the 2-year period. “From what we can see in this current sample, educational disadvantage from heavy drinking fades over time, but the effect of combined alcohol and marijuana use does not,” he said. “It’s important to keep in mind that an absence of a statistical effect does not mean alcohol might not be interfering with academic performance. There is extensive evidence of both acute and chronic alcohol having a detrimental effect on brain functioning, so the lack of a significant finding in our analysis should perhaps be kept in context and not overextended.”

Meda also said that the lack of a proven educational disadvantage linked to increased alcohol use “was indeed a surprising finding but there might be several possible reasons why this might have been the case in our study.”

He explained that perhaps alcohol wasn’t linked to a decreased academic performance because it is metabolized by our bodies very differently than marijuana is, thus it is possible that… (continue reading)