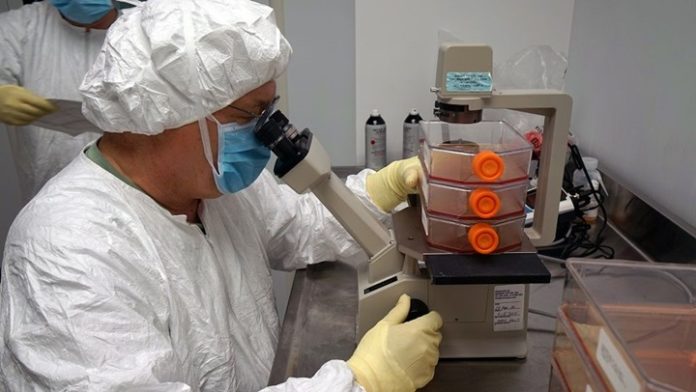 An effective vaccine that prevents opiate addiction before it occurs is closer to being a reality than ever before.

“The heroin vaccine is one step closer to clinical evaluation and providing a possible solution,” said Candy Hwang, research associate with The Scripps Research Institute (TSRI). She studied chemistry at USC and has long been interested in molecular science.

In a study in the journal Molecular Pharmaceutics last month, the Institute shows how a new formulation has been proven safe in animal models. The vaccine remained stable at room temperature for 30 days or more.

“We did tests to see if these vaccines could be stable at different temperatures,” said Hwang.

The scientists at the Institute came up with 20 different vaccine formulations, testing shelf stability at various temperatures and storage times. They found no difference in how liquid or powder worked during formulations.

“We already had a vaccine that was promising in rats,” added Hwang. “We have to be sure it is stable before we’re ready for human testing. The key is not to have adverse reactions.”

When Dr. Kim Janda, the Ely R. Callaway Jr. Professor of Chemistry at Scripps Institute began research 15 years ago, his primary target was heroin. He aimed to make a vaccine that could help the body fight off heroin molecules in the same way vaccines help ward off a virus.

Over 15,000 people in the United States died from heroin overdose between 2000 and 2016. An increase in prescription opioid abuse has led to severe addictions around the country. The solution sought by Scripps is a vaccine that creates antibodies against drugs.

“Our bodies instinctively will fight against foreign invaders,” said Hwang. The vaccine would “train” the immune system antibodies to bind to the heroin molecules thereby blocking the drug from reaching the brain.

One way is that antibodies help our immune system. “The vaccine would stimulate the antibodies before it reaches the brain,” he said, “cutting off the ‘high’ people get from their addictions.”

The hope is that blocking the heroin high will assist recovering patients to refrain from relapse.

Hwang said more tests need to be done before the vaccine is tested on people. The demand is palpable because many people are looking for a solution.

“We will need a vaccine that is stable and will last longer than a month,” he said.

The other issue is being able to create large enough quantities to meet the demand.

“With time, it looks promising,” said Hwang. “It would be such a benefit for people struggling with heroin substance use disorder.”

Painkiller misuse is nearly doubled among the uninsured