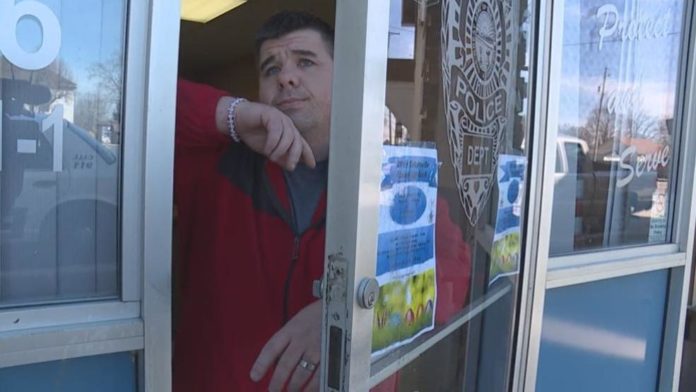 In May, an Ohio police chief died of a fentanyl overdose, and he allegedly took the drugs from his department’s evidence room.

The Chief of Kirkersville County, James Hughes, 35, was only at his job for two months when he was found in the bathroom of his Reynoldsburg home, unresponsive.


Officials said there were three syringes, one of which was empty and the others filled with fentanyl. They also found a bag of cocaine.

Hughes, who had been part-time police chief, died shortly after. In July, the coroner officially deemed the cause of death an overdose on fentanyl.

The Reynoldsburg Police Department investigated the fatality. Last week, Lieutenant Ron Wright revealed where he apparently fatally overdosed, the evidence room at the police station in their village.

Wright said, according to the Advocate, that they found “packaging that indicated that he was taking controlled substances.” It is not clear, however, if it could have any impact on ongoing cases.

Hughes was appointed to the 500-person village for a 20-hour-per-week job as chief in March, during a council meeting. A year ago, then-chief Eric DiSario was shot to death on duty during an incident at a local nursing home. He was replaced by Jeff Finley, who resigned abruptly in March. He cited disagreements with the mayor as his reason for resigning.

Hughes, on the other hand, had a troubled past before being appointed chief. For 14 months before his death, he previously worked at the local sheriff’s office, where internal affairs investigated him three times. He resigned after 6 months and was later rehired. It was written in his 2012 report that he had a history of making bad decisions on and off duty.

Hughes had a misdemeanor conviction for a drunken incident at a fast-food restaurant, where he called a drive-through worker a “bitch” and spat at her.

When the Reynoldsburg police finish their investigation, they are recommended the state takes the case.