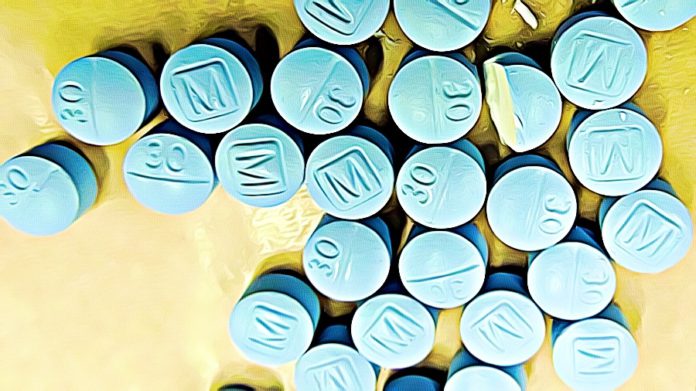 There is little chance you haven’t heard about Percocet, or if not exactly, at least other prescription painkillers. This narcotic, and similar medications, play a key role in the ongoing opioid epidemic in the United States. Overdose fatalities linked to drugs like Percocet continue to plague many urban, suburban and rural areas of the country.

Specifically, Percocet is a combination of oxycodone and acetaminophen, which is the main ingredient in the non-prescription pain reliever Tylenol.

A prescription for oxycodone is to treat moderate to severe pain in the short term. Because it’s a potentially habit forming, this prescription is supposed to be for pain that won’t respond to over-the-counter painkillers.

With long-term use of this medication, the risk of addiction and overdose increases. In 2019, there were an estimated 72,000 drug-related fatalities. A majority of these deaths were caused by the same class of drug as Percocet.[1]

What are the Side Effects of Percocet?

Though oxycodone and other legal opioid painkillers are common prescriptions, they do come with a number of uncomfortable side effects. These symptoms can occur whether a person is misusing the medication or taking it as prescribed.

Some of the side effects caused by Percocet may include:

Certainly, there are additional side effects like feeling relaxed or euphoric, which are not legitimate reasons to use Percocet. Even under a doctor’s supervision, this type of painkiller can be dangerous and addictive.

Is Percocet an Opioid?

Percocet is definitely an opioid medication. “Opioids are a class of drugs that include the illegal drug heroin, synthetic opioids such as fentanyl, and pain relievers available legally by prescription…”[2]

Opioids attach to receptors on the spinal cord and the brain, blocking pain signals the brain sends naturally. This is why it’s such an effective painkiller.

This class of drugs also causes a surge of dopamine, a chemical messenger, or neurotransmitter, which increases pleasurable feelings. All that dopamine can make a person feel relaxed, even a little euphoric or “high.”

That change in brain chemistry, the flood of “feel good” dopamine, is a big reason that Percocet is potentially addictive. Anyone taking opioids will build a tolerance to them. The longer a person uses opioids, the more they have to take to relieve pain or feel the relaxing effects.

This is the insidious part of drugs like oxycodone. Misusing prescription narcotics or using them recreationally is one thing. That’s a recipe for addiction because it’s really just chasing the “high.”

However, consider the person using Percocet for a severe injury or recovering from surgery. Through no fault of their own, they go from physical recovery to a physical dependency.

A 2012 study found that 86 percent of heroin users developed an opioid addiction by first taking prescription painkillers. They got access to these medications through personal prescriptions, friends, or family medicine cabinets.[3]

Lastly, there’s yet another reason opioids are so addictive. With regular use, the brain gets accustomed to all that dopamine. So, when it’s gone or there’s not much of it, the brain can go a little haywire. It causes physical cravings for the drug and makes the body feel progressively sick without it.

How Bad is Percocet Withdrawal?

It’s difficult to communicate just how awful and painful the toll that opioid withdrawal can take on someone. Even if they desperately want to quit, their brain is sending signals that they will die without the drug. It is a physical and mental struggle that’s often made worse by the feeling of guilt, shame, and depression.

Truthfully, fear of this condition or actually going into it is a key reason people continue to use or relapse.

The intensity of opioid withdrawal can vary between individuals, though. It depends on the progression of a person’s addiction. Longtime heroin users might have a more difficult withdrawal than someone who recently developed a dependency on an opioid prescription.

For most people with an opioid dependency, withdrawal symptoms generally start within a day after the last use. These symptoms can include:

After about three days, withdrawal symptoms will start to subside. Most people battling severe opioid detox feel physically better in a week or more.

However, there will still be psychological cravings related to opioid addiction. Health care professionals refer to this as protracted withdrawal. It takes patience, treatment, and counseling, but difficult withdrawal symptoms will eventually subside. Recovery from opioid addiction is certainly achievable with help.

How Long Will Percocet Stay in My System?

Percocet doesn’t stay in the system for relatively long periods. Two hours from the first dose, it’s detectable in urine for around 48 hours. In blood samples, it is only present for 24 hours.

Percocet 30 mg and Other Dosages

There are, however, other brands of oxycodone, such as Roxicodone, which do come in larger dosages, like 15mg to 30mg.

Both of these medications are prescription opioid painkillers. They are very similar with just a slight difference in makeup.

Similar to Norco, Vicodin is a combination of hydrocodone and acetaminophen.

Can I Mix Oxycodone With Alcohol or Other Drugs?

The message here is very clear. No. Never mix Percocet or other opioids with drugs like alcohol. This is a potentially fatal mixture for several reasons. Let’s start with the obvious one.

Alcohol and Percocet are central nervous system depressants. In other words, both of these slow breathing down. Yes, alcohol will enhance the effect of oxycodone. In fact, it can slow breathing down to the point where it stops and a user dies.

The idea that an opioid overdose death happens in just minutes is incorrect. An overdose with Percocet and alcohol can actually take a few hours. This is why it’s so important to know the signs of an opioid overdose. They can include:

In situations like this, if you’re present, call an ambulance immediately.

While waiting for first responders, make sure the person’s airway is clear and, if needed, roll them on their side. Once they arrive, be as clear as possible with medics about the situation. Do not worry about getting in trouble with law enforcement.

If all this seems very serious, you’re getting the right takeaway. Alcohol and oxycodone or any other kind of opiate combinations can be a deadly decision.

Now, here’s a less obvious reason for not mixing alcohol and Percocet.

Acetaminophen and alcohol is an unhealthy mix that can lead to liver damage. In those with chronic, severe alcoholism, this damage can even be fatal.

Just alcohol and acetaminophen together can cause a rapid heart rate, nausea, stomach bleeds, and ulcers.

Yeah, we know, this is a lyric by Future, in “Mask Off.” It’s a solid song. We’re just quoting the phrase to get your attention.

In a recreational setting, it’s not crazy to see people use one stimulant to get “high” and another to ride out the low. Just like with alcohol, though, the two stimulants can work against each other and create a dangerous situation.

Whether it’s MDMA, cocaine, methamphetamine, or anything else, adding an opiate to the mix only increases the chances of tragedy.

What Should I do if I have a Percocet Addiction?

The answer here is pretty simple, but not always easy. First, as hard as it may be, you shouldn’t be embarrassed or have any guilt. Opioid addiction can happen to anyone. Next, seek professional help. You deserve it.

Depending on how advanced the addiction, some people will need medical supervision while they go through withdrawal. Many residential treatment centers provide a safe and comfortable detox with medications that can ease withdrawal symptoms.

Finally, embrace the recovery process. It’s not easy. We’re not saying that, but it is a profoundly rewarding endeavor that you will not regret.