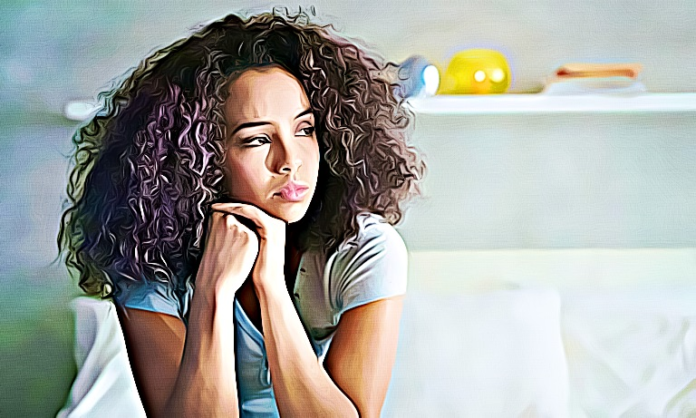 As we enter into our seventh month of the coronavirus pandemic with an endless cycle of bad news, many people are struggling to remain optimistic about where we are and where we’re headed.

So it’s no surprise that searches for existential crisis and existential despair have spiked in the last six months.

The term “existential crisis” is often thrown around flippantly and the fact that it’s not a condition that’s formally described in the American Psychiatric Association’s DSM-5, might lead people to believe it’s not a real thing.

But it is… I mean when people shrug at the thought of murder hornets and fire tornadoes it’s pretty clear we’re going through something.

Yet how do you know if what you’re experiencing is a proper existential crisis or just the COVID pandemic blues? 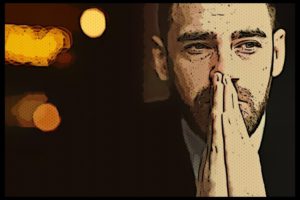 What is an Existential Crisis?

Its roots date back to the 1940s and 1950s when existential philosophers, like Jean-Paul Sartre, argued that in the face of death, any pursuit can be viewed as meaningless, so people need to create their own meaning.

“An existential crisis is often relational in nature, meaning that one’s relationship to everything and everyone around them is brought into question,” Jason Winkler, a Toronto-based existential psychotherapist told Gizmodo.

“Being-in-the-world is examined closely in an existential crisis and, often, there are no answers to one’s questions. It typically is an experience of feeling completely untethered, existentially alone, and lost – even despite one having a wealth of loving friends and family, a successful career and professional reputation, material acquisitions, and religious/spiritual faith.”

In other words, the existential crisis when your worldview — the thing that gives your life meaning and structure — is completely broken.

And this is problematic because as many studies have shown, a sense of meaning contributes to psychological well-being.

For example, research by Tatjana Schnell from the University of Innsbruck found that a sense of meaning can have a profound influence on our well-being and degree of happiness.

In the studies conducted by Schnell she found that meaningfulness was positively linked with life satisfaction, happiness, optimism, and hope, meanwhile questioning one’s meaning correlated negatively with these measures.

Symptomatically an existential crisis can be similar to depression and anxiety. You might lose interest in your favorite activities, be tired, feel hopeless or have a persistent feeling of sadness.

Or as Katie Leikam, a licensed therapist in Decatur, Georgia, explained: “[It] can present itself as being preoccupied with the afterlife or being upset or nervous about your place and plans in life.” 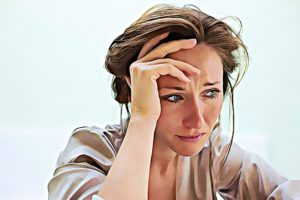 Substance abuse can also be a manifestation of existential despair.

One study conducted in 2007, found that young people were using club drugs to deal with existential crisis symptoms.

“Young people take illicit drugs in order to relieve anxiety arising from some existential issues at this life stage, namely struggling with identity confusion, striving for connectedness with the significant others, searching for the meaning of life, as well as striking a balance between freedom and responsibility,” the researchers wrote in their paper.

An existential crisis can even manifest in obsessive compulsive-like symptoms.

“It can present in the need to ask questions over and over again, or not being able to rest until you have answers to your questions,” said Leikam.

But, as Leikam points out, the symptoms are always related to feelings of a meaningless life.

Winkler, adds that a crisis is usually all-encompassing, impacting every aspect of a person’s life.

However, it usually revolves around four main things: death, meaning, isolation, and freedom.

What Causes an Existential Crisis

Psychologist Irvin Yalom calls them the “givens” of human life and according to him, concerns about these four things are usually what trigger existential questioning and subsequently a crisis.

Usually, an event triggers concern and questioning. For example, a death of a loved one, a traumatic experience, an illness, a sudden change in circumstances like losing a job or ending a relationship, or age-related health or life change, such as the kids leaving home, have all been cited as causes of an existential crisis. 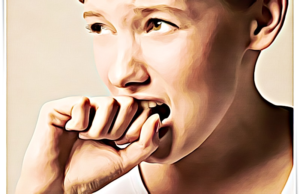 A Loss of Faith

Clay Routledge, a researcher at North Dakota State University who studies existential psychology, has also found that loss of faith can trigger a crisis.

“In religion, people find it comforting to be part of a group that’s been around for a long time,” he told The Atlantic. “There’s continuity—it’ll be there after you’re gone.”

In his own research, he’s noticed that people who are primed to think about death get most anxious when they don’t see themselves as part of a bigger collective identity.

The same could be said for losing faith in other collective identities that people see themselves in, such as a political system or judicial system.

Other research has found that collective trauma – like the ongoing pandemic – can also lead to a crisis of meaning.

But it doesn’t have to be an event. Sometimes nothing, in particular, causes an existential crisis.

Some experts suggest that this might be because certain people are naturally predisposed to question existence deeply and to have an unsettled emotional response to these questions.

But regardless of symptoms or causes living in a state of existential despair is not a great time, so how do you get through it? 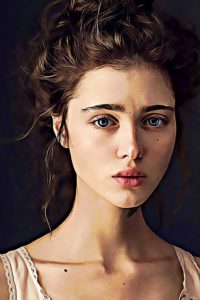 There are several ways to cope with an existential crisis.

For example, in an article in The Toronto Star photographer Ajani Charles wrote about how meditation, yoga, and journaling helped him work through his own existential crisis back in 2014.

In an interview with the Cleveland Clinic, psychologist Susan Albers also mentions things like practicing mindfulness, keeping a gratitude journal, and redirecting your energy to different parts of your life can help overcome an existential crisis.

“A balance among all the aspects of our lives can keep us going when one part falters,” she said.

Another method that many people find to be helpful in overcoming an existential crisis is to rely on human connection.

Routledge explained in an interview with How Stuff Works, that when he asks Americans to list the things that give them meaning, “the vast majority say families and close relationships. Those identities, our relational roles, seem to be particularly central.”

But since we’re not really allowed to hug people right now, it’s good to know that even talking to someone can help.

“If one talks to another person about their existential anxieties, and is met with resonance and understanding, it often decreases the despair associated with existential isolation,” said Winkler.

And sometimes that empathetic ear is a therapist.

It also has roots that date back to the 40s and 50s, starting with Viktor Frankl who brought about logotherapy, and Rollo May who introduced existential-humanistic therapy.

Although, it’s Yalom’s “givens of the human condition” from the 80s that’s become the foundation of the field today.

And while there are still different types of existential therapy, they all focus on understanding the existential causes of mental distress rather than just focusing on symptoms. They help clients confront death, isolation, freedom and meaning so they can move towards a more authentic and free existence.

And it’s effectiveness has been supported for patients with advanced cancer, as well as incarcerated individuals, and elderly people who live in long-term care homes.

Additionally, research has shown that meaning-centered psychological interventions can help people and a number of meta-analyses have shown that existential therapy is effective.

But regardless of how you decide to deal with an existential crisis, it’s important to know that experiencing one can be a good thing.

“In a crisis of meaning, like any major life disruption, there’s the opportunity for renewal,” said Routledge.

Many people emerge from an existential crisis with new passions, healthier habits, and a different perspective on life.

In the case of this collective pandemic existential crisis, philosophy professor Simon Critchley suggests in an article for The New York Times that confronting our existential fears could be the path towards survival and freedom.

And at this point, it’s as good an idea as any.

If you need immediate help, the 24/7 National Suicide Prevention Lifeline 800.273.8255 (or via chat) is a free resource that connects people in crisis to a local counselor.

Lean Drug: How is it Made and What are the Dangers?