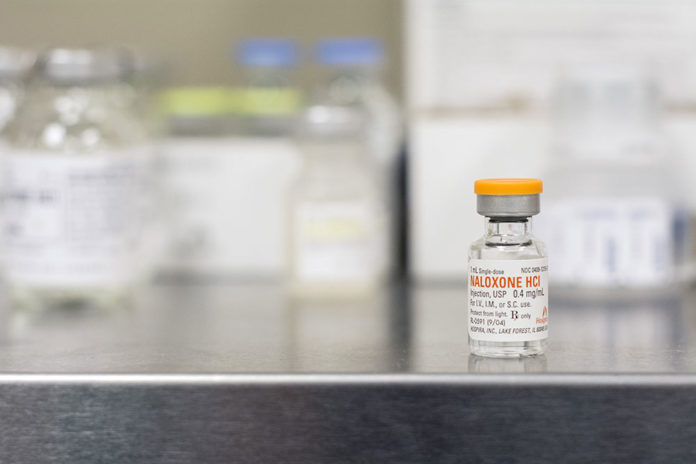 The overdose reversal drug naloxone has been a vital tool in combating the opioid crisis across the United States. But as its importance has grown, so has its price.

“The cost of naloxone definitely impacted our program in 2016,” said Aimee Dunkle, who runs The Solace Foundation of Orange County, a non-profit organization that offers overdose response training using naloxone to members of the community. “We had periods during the year when we ran out of naloxone and it was too expensive to buy. I know many other community programs struggled like ours.”

Hospira, Inc., raised the price of its 0.4 mg-per-milliliter injections of naloxone by nearly 130 percent since 2012. And Amphastar Pharmaceuticals, Inc., which manufactures its own 1-mg-per milliliter injection, raised its price by 95 percent in 2014. Newer formulations of naloxone have also undergone equally obnoxious price hikes. A two-dose package of Narcan, marketed by Evizio, was priced at $4,500 in 2016, up from more than 500 percent since 2014.

Last June, Senators Susan Collins (R-Maine) and Claire McCaskill (D-Missouri) wrote a letter to five pharmaceutical companies, asking them to explain the price increases and to outline steps the companies are taking to prevent shortages of the overdose antidote.

One of the letters was addressed to Heather Bresch, CEO of Mylan, Inc., which launched a 0.4 mg/ml naloxone hydrochloride injection in 2014. The letter voiced concern that the rising price of naloxone may limit access for first responders and public health departments. They cited several articles that wrote about huge price increases, including one in which the price of one version of naloxone increased 17-fold in a two-year span, and another that discussed how price increases resulted in diminishing quantities for hospitals.

A 2016 article published in the New England Journal of Medicine suggested several steps that governments can take to address the rising prices, including allowing naloxone to be purchased in bulk, which would foster demand and competition. The article also suggested that governments could use a federal law to… (continue reading) Article Name
The rising price of a second chance at life
Description
The overdose reversal drug Naloxone has been a vital tool in combating the opioid crisis across the United States. But as its importance has grown, so has its price.
Author
Holly Lawrence
Publisher Name
Addiction Now