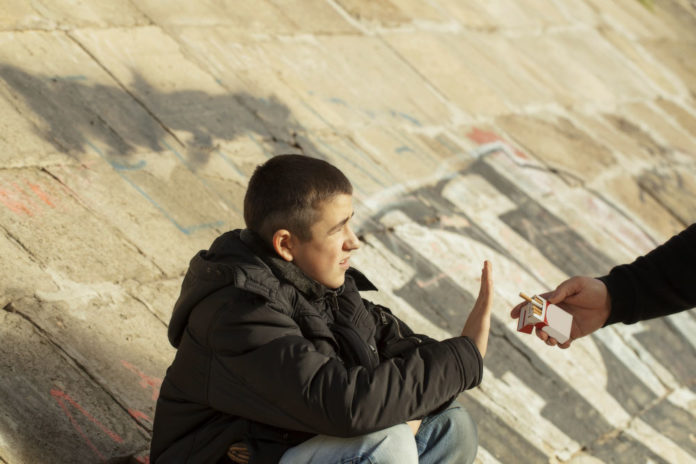 A national curriculum designed to educate children aged 10 to 14 has shown to curb drug use for not only participants of the program but also their friends, according to a report published by the National Institute on Drug Abuse in January.

The Strengthening Families Program for Youth 10-14 (SFP10-14) is an evidence-based curriculum used in public schools where students meet with intervention facilitators once a week for seven weeks to discuss drug use, communication skills, responses to peer pressure, and other topics. Parents are also often invited to participate in the program.

Although previous studies have shown that the curriculum reduces drug use among children and can improve parents’ behavior, a recent study evaluated the program’s effects on the participants as well as on their nonparticipating friends.

Kelly Rulison, Ph.D., the director of graduate studies at the University of North Carolina at Greensboro, led the research with colleagues from Penn State University. They analyzed data collected from 5,449 sixth grade students, from 13 rural areas in Pennsylvania and Iowa, who did not participate in SFP10-14, even though the program was offered to all sixth graders in their schools.

For three years, researchers prompted each student to reveal the names of seven peers that they considered close friends. They then gathered information on students’ attitudes about substance use, exposure to friends who participated in SFP10-14, friends’ smoking or drinking excessively, and the amount of unsupervised time spent with friends.

“We found that SFP10-14 impacted adolescents who didn’t actually participate in the intervention,” Rulison said. “One way this happened was by reducing how much time adolescents spent hanging out with their friends without adults around. This result is consistent with the idea that it takes a village to raise a child. Parents play an important role not only in shaping their own children but also in shaping their children’s friends.”

The multilevel analysis essentially proved that (nonparticipant) teens are less likely to use drugs in the present and the future if they had more friends involved in the program.

“I was particularly impressed that having multiple friends who participated [in SFP10-14] made it less likely for adolescents to report smoking or getting drunk and these effects didn’t appear to be due to pre-existing differences,” Rulison said. “A lot of research focuses on the negative effect that friends can have, but our findings also highlight that friends can play a positive role. In our study, participants spread the positive effects of participating in an intervention to their friends, making it less likely for their friends to smoke or get drunk.”

The schools included in Rulison’s research had a… (continue reading) Article Name
Evidence-based curriculum curbs drug use among teens and their peers
Description
A national curriculum designed to educate children aged 10 to 14 has shown to curb drug use for not only participants of the program but also their friends, according to a report published by the National Institute on Drug Abuse in January.
Author
Livia Areas-Holmblad
Publisher Name
Addiction Now