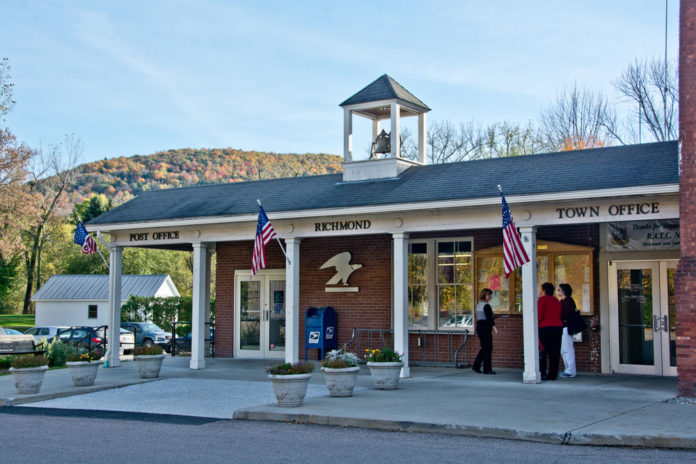 Drug treatment programs in Richmond, Vermont are about to get a boost thanks to funding from the federal government.

It was announced this week that the state will receive $2 million that will extend drug treatment programs including prevention training, drug discarding and peer training. This funding boost will be very beneficial to Richmond and all of Chittenden County, where drug abuse has been a growing problem for years.

There were 34 people who died of drug-related overdoses in Chittenden in 2017, an increase from 28 in 2016, according to the Vermont Department of Health.

There currently aren’t any drug treatment centers in Richmond, according to the 2017 National Directory of Drug and Alcohol Abuse Treatment Facilities.

Dr. Richard Bernstein, a Richmond Rescue member, indicated that the town has many of the needed structures in place but people are still dying from overdoses.

Vermont already is funding initiatives such as the hub and spoke medication-assisted treatment program and allotting out naloxone throughout the state.

Recently, there was an agreement to spread $14 million from the tobacco industry settlement funding to drug treatment programs and a potential proposal to tax opioids.

Mark Levine, Vermont’s Health Commissioner, said that the funding could make a life or death difference to the people with substance use disorders and assist prevention efforts.

The money, he added, will enable them to extend the number of drug-disposal kiosks in pharmacies and other sites around Vermont to facilitate the collection of unused prescription opioids and other substances.

Levine also indicated that recovery coaches will be on hand to work with patients as more hospitals will include peer-recovery programs as part of their addiction treatment initiatives.

Colonel Matthew Birmingham, the commander of the Vermont State Police, highlighted that the state’s Drug Task Force, which attempts to catch drug dealers and traffickers, will be improved because of the financial boost.

Birmingham noted an increase in the number of opioid investigations since the federal funds were received. He stated that the funding allowed them more troopers and an analyst.

The boost was announced by Sen. Patrick Leahy, a Democrat from Vermont. Article Name
Drug Treatment Programs in Richmond Enhanced by $2 million
Description
Drug treatment programs in Richmond, Vermont are about to get a boost thanks to funding from the federal government.
Author
Robert B Hayek
Publisher Name
Addiction Now

Drug and Alcohol Treatment in Hartford Supported by New Program