psychiatric ward because they were both physically and socially dysfunctional for months — lacking the mental capability to eat, study, sleep, bathe, or leave the computer to use the restroom.

Born as a consequence of the digital age, Internet Addiction Disorder (IAD), or Problematic Internet Use (PIU) is characterized by a combination of emotional issues like defensiveness, inability to maintain a schedule, agitation, isolation and euphoria with physical issues like blurred vision, insomnia, backaches, and headaches.

In 2014, the University of Hong Kong published a study in the Journal of Cyberpsychology, Behavior and Social Networking linking quality of life with internet addiction directly. It showed higher rates of dangerous dependence in countries where pollution, higher traffic consumption and overall dissatisfaction with life were higher. The study looked at 31 nations and estimated that six percent of the global population are Internet addicts.

“More research shows that children as young as two or three could have a problem with addictive use of the Internet,” said Kimberly Young, PhD, clinical psychologist and author. “There’s definitely a need in the United States for more digital detox centers, not just Korea and China.”

Pricey treatment options and no coverage

In 2013, the Diagnostic and Statistical Manual of Mental Disorders (DSM) which is used by the American Psychology Association to diagnose and classify mental disorders, only included a briefing about Internet Gaming Disorder, as condition that still needs more clinical research before it can be formally considered a disorder.

“Obviously, if Internet addiction was recognized by the DSM it would have a code, and we could bill directly for it,” Young said. “The inpatient program was sparked by demand. We get calls every week for treatment. The problem is it’s an adult-only program when the real need is for adolescents. Internet gaming disorder was included in the DSM because there was more research on it, but internet addiction is still being considered for future revisions. In my work with the task force that develops these disorders, this is still very much an option.”

Although the latest revision of the International Classification of Diseases (ICD) still doesn’t recognize internet addiction as a health disorder, that could change soon, according to Young.

“I find that in the next few years internet addiction will definitely be recognized in the DSM,” Young said. “There is already talk and movements within the mental health field to make this happen. At a recent seminar I attended, many of the leading researchers found that this was the next step.”

For those seeking a less extreme approach to digital detoxing, 99 Days of Freedom challenges people to stop using Facebook for 99 days, intends to… (continue reading) 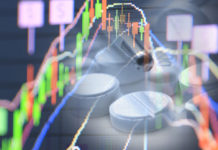 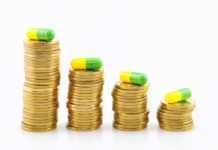 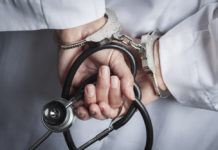 Why are wealthy teens more likely to get addicted?