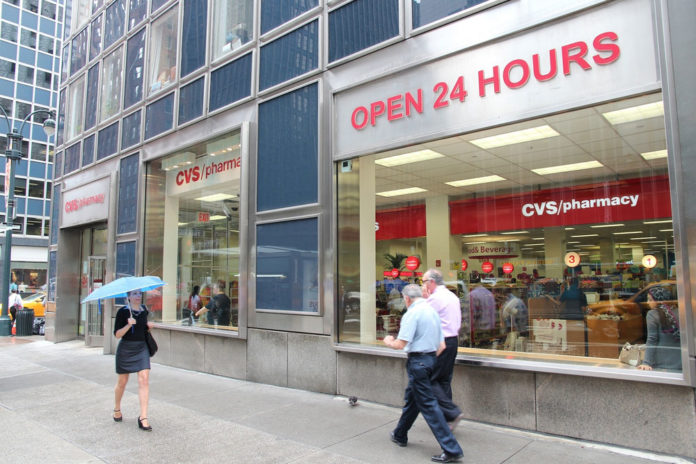 Drugstores that are a part of the national chain CVS Pharmacy are going to become the first in the country to set a limit on opioid prescription drugs to seven days.

The drugstore chain announced yesterday a program to limit the supplies of opioid prescriptions to seven days that will be implemented on February 1, 2018.

The program will affect opioid-based substances that are dispensed for select acute conditions to individuals who are not used to the pharmaceutical therapy and will also impose limits on patients’ daily dosages depending on the strength of the opioids they have been prescribed.

Additionally, the CVS program will prioritize immediate-release formulations and require pharmacists to not dispense any extended-release opioid medication before providing patients with immediate-release versions of the same drug.

The program to limit opioids will come four years after another trailblazing move by the drugstore chain: Back in 2014, CVS representatives announced that their stores would no longer sell cigarettes or any other tobacco products, which challenged other retailers to follow suit.

The decision to stop selling cigarettes essentially meant that the company could be forfeiting more than $1 billion every year in tobacco revenue throughout its 9,700 retail stores and more than 1,100 walk-in medical clinics. And speculations about revenue losses surrounding opioid painkillers have already started.

Other concerns brought up by those who oppose the CVS’s decision include the wellbeing of patients with cancer, who normally require opioid pain relievers for more than one week.

CVS, which manages prescriptions for roughly 90 million U.S. residents, seems to be committed to combating the opioid crisis regardless and has also announced that their Health Foundation will be adding an extra $2 million to… (continue reading) Article Name
National drugstore chain becomes the first to limit opioid prescriptions
Description
Drugstores that are a part of the national chain CVS Pharmacy are going to become the first in the country to set a limit on opioid prescription drugs to seven days.
Author
Livia Areas-Holmblad
Publisher Name
Addiction Now