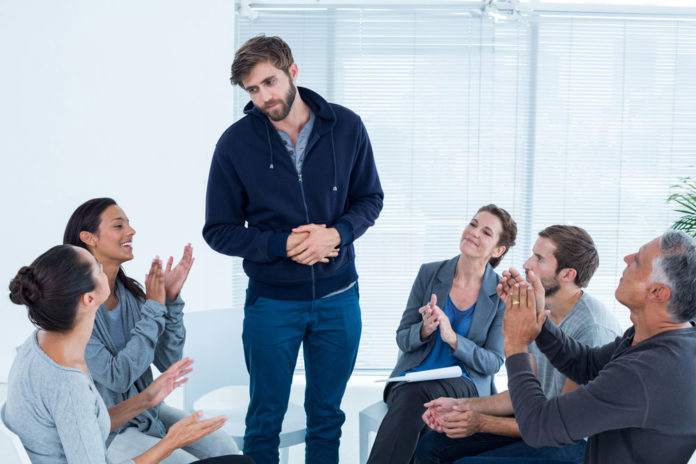 While 66.7 million Americans admit to binge drinking in the last month and 27.1 percent say they have abused illicit or prescription drugs, only 10.4 percent of individuals with a substance use disorder received adequate treatment.

More than 37 percent of people didn’t get treated for their addictions because they didn’t have the necessary money or health insurance coverage, a figure reported by the Substance Abuse and Mental Health Service Administration (SAMHSA). Another 10.1 percent said they had insurance, but it didn’t cover treatment for a substance use disorder.

Additionally, 67.5 percent of admissions referred by the criminal justice system in 2011 had no health insurance whatsoever; 19.3 million Americans that needed treatment for an addiction didn’t receive it, but 98.5 percent of those people didn’t believe they needed it or chose not to seek it out, according to the report.

Another contributing factor is the phenomenon of addiction stigma, perpetuated by the language that surrounds the issue.

“Research has shown that people with substance use disorders are viewed more negatively than people with physical or psychiatric disabilities,” said an October statement from the Obama Administration. The statement from Changing the Language of Addiction pointed to studies conducted in which even mental health professionals were more likely to suggest punitive consequences for those referred to as a “substance abuser” rather than “a person with a substance use disorder.”

Though 37.3 percent of people with an addiction didn’t have the monetary means to seek recovery treatment, the rest did have the money or coverage to get help for their substance use disorder but chose to believe they didn’t need treatment or were simply afraid of the stigmatic judgment that accompanies addiction. Twenty-six percent of the people that did decide to receive addiction treatment used funds from… (continue reading)

Summary
Article Name
Only 1 in 10 people with a substance use disorder receive treatment
Description
While 66.7 million Americans admit to binge drinking in the last month and 27.1 percent say they have abused illicit or prescription drugs, only 10.4 percent of individuals with a substance use disorder received adequate treatment.
Author
Ryan Beitler
Publisher Name
Addiction Now