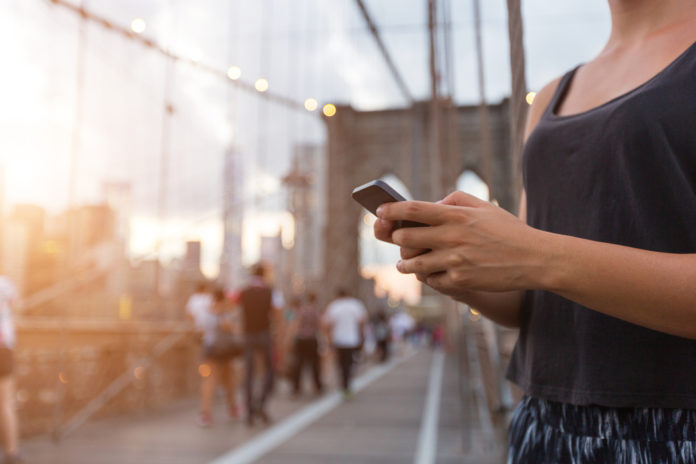 Mobile apps for telemedicine have become increasingly popular, enabling physicians to easily reach their patients. But now, more and more apps are focusing specifically on the fact that relapse happens too often when people recover from drug addiction — 40 to 60 percent of recovering addicts experience it, according to the National Institute on Drug Abuse.

A number of studies, conducted in different parts of the world, support the premise that technology can be a powerful weapon against substance use disorder and highlight the potential benefits of tailored technology-based health care approaches such as relapse prevention apps.

Triggr Health is an example of a data-driven app that has been assisting recovering addicts and individuals looking to reduce their alcohol consumption and/or drug use. The app, launched in 2014, is described by its creators as the first system of care for this target market that rewards progress and allows users to get connected to a personal guide.

John Haskell, the co-founder and CEO of Triggr Health, thought about developing the app while he pursued an undergraduate degree at Stanford University and noticed that a friend had been struggling with mental illness and addiction. “One of my friends there went through substance use and mental health treatment of different sorts,” he said. “She tried all different forms of treatment — outpatient and inpatient rehab, meetings and more — none of it worked for her. She reached a point of frustration with tremendous amounts of pain around it. She didn’t want to continue with treatment or go on with her life. The day she’d planned on ending her life, her mom called and saved her. If you were to ask her mom why she called that day, she’d swear to you she just knew there was something wrong.”

The motherly intuition that saved Haskell’s friend’s life was what inspired him to create Triggr Health. “Intuition, in general, is purely a data question,” he said. “It is processing data, mostly subconsciously, about how somebody is doing — and noticing, physically or not, if something is wrong. All of these phone data patterns that are often used today for targeted advertising, as we have proven, can replicate that experience and scale intuition.”

Haskell assembled a team of engineers, addiction treatment experts, and data scientists who spent two years creating the app’s technology and functionally on mimicking human intuition. Now, they work with more than 100 health care providers located throughout the U.S. and claim that individuals using their services are at least three times more likely to be actively engaged in recovery. “Most of our team are ex-Google engineers, so we have one of the best technology and engineering teams in the country,” he said. “From a medical side, we have a chief medical officer who was one of the founders of United Behavioral Health and has been a clinical professor of psychiatry. Our advisory team is from UPenn, Dartmouth, and also the [American Society of Addiction Medicine] board for opioid dependence.”

The Triggr Health team promises that their system can predict three days in advance if someone is regressing from their recovery plan and will provide support when it’s needed. “The core technology of what we do utilizes phone sensors and phone data — so things that happen on and around the phone — to predict how someone is doing without requiring the extra step or the motivation of self-reports, and we deliver 24/7 proactive outreach at those times,” Haskell said. “If someone downloads Trigger Health and never touches it again, we can predict with over 92 percent accuracy three days before that person disengages from what we would call positive recovery behavior.”

Triggr Health monitors its members by their mobile patterns and the interactions they have with the staff, which happen mostly over SMS or messaging within the app. The overall conduct of each person using the app is then rated on a scale of 1 (doing well) to 10 (showing signs of relapse) — professional assistance is provided accordingly and gift cards are used to reward progress. The app is free to download, but in order to fully use its services users have to pay a fee of $2 a day or $14 a week.

Angle’s battle with addiction began after he was prescribed Vicodin for a neck injury in 2003. While abusing the medication and dealing with a series of stressors, his addiction escalated to opioids and alcohol. Now, Angle is vocal about his past substance dependence and has been sober for four years. But, he recalls that the post-rehab lack of structure made it extremely challenging for him to stay away from drugs.

After going through that difficult period, Angle realized he wanted to create a resource that could assist others with similar experiences. He spent two years looking for the right person to help him execute his idea and found… (continue reading) Article Name
The promising world of relapse prevention techs
Description
More and more apps are focusing specifically on the fact that relapse happens too often when people recover from drug addiction — 40 to 60 percent of recovering addicts experience it, according to the National Institute on Drug Abuse.
Author
Livia Areas-Holmblad
Publisher Name
Addiction Now

Lack of belief in free will may undermine addiction treatment