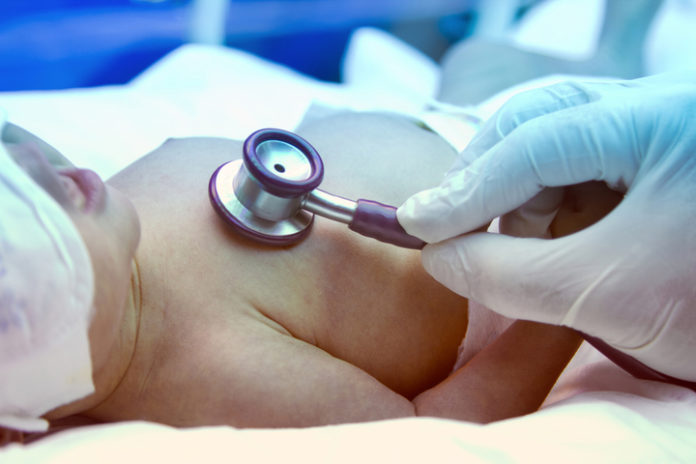 A new method has been discovered to slash the treatment time for babies born with opioid dependency as a result of drug use by their mothers during pregnancy.

Babies born to mothers who used opioids while they were pregnant often suffer withdrawal symptoms as they leave the drug-fueled environment at birth — a condition called neonatal abstinence syndrome (NAS).

The second-hand drug effect can create major problems for newborns and has been linked with causing poor growth and seizures.

Until now, babies born with NAS were usually treated with small doses of morphine. They were slowly weaned off until they were clean of opioids and could function properly without them — a process which usually takes about a month of hospitalization.

But a new study, published in the New England Journal of Medicine, has seen major success in using buprenorphine as a direct method of treating the infants.

Researchers found that using the drug halved the treatment time for infants and reduced the period spent recovering in a hospital compared to morphine.

Lead author of the study Dr. Walter Kraft, a clinical research director at Thomas Jefferson University’s Sidney Kimmel Medical College, hopes the study can have a huge real-world impact on the way babies are treated.

“Our study tried to answer the question of what the best tool is for those infants who require pharmacologic therapy — buprenorphine or morphine,” he said. “We demonstrated that buprenorphine is safe and is associated with a considerably shorter length of treatment and duration of hospitalization. Morphine is currently used in 80 percent of centers, with the remainder using methadone, so this has a large potential impact.”

A total of 63 mothers who took drugs during pregnancy allowed their newborn babies with NAS to take part in the study. The infants were split into two groups for the trial. Half had their withdrawal symptoms treated with morphine while the other half were treated with buprenorphine.

It was a blind test, with parents and the nursing staff administering the medication kept in the dark as to which children were receiving which drug to avoid bias affecting the results.