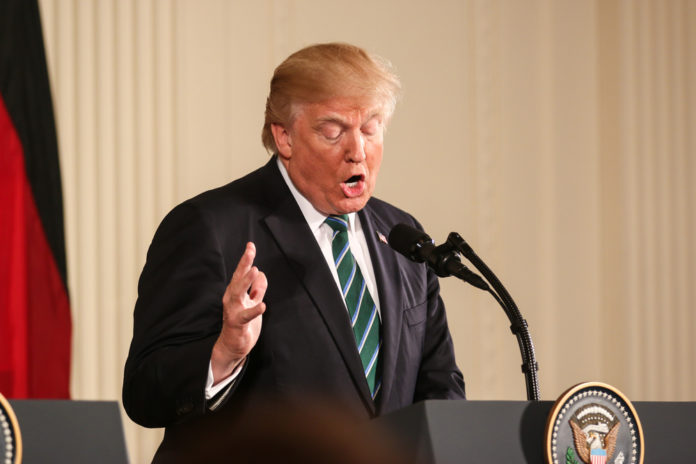 After declaring the opioid crisis a national emergency, the Trump administration has opened up the possibilities for immediate action on the epidemic amidst cuts on funding for agencies that work on the issue.

This comes after many legislators and the public urged Trump to declare it a national emergency. Days prior, Health and Human Services Secretary Tom Price said the declaration should be saved for more “time-limited” problems like the Zika virus outbreak — but after an interim report was provided to the president by his opioid commission detailing the staggering overdose death rate of 142 people a day, he declared the problem a national emergency.

Outside his golf club in New Jersey, Trump said the opioid epidemic is a “serious problem the likes of which we have never had,” and that the administration will “spend a lot of time, a lot of effort, and a lot of money on the opioid crisis.”

The president declaring the problem a national emergency will come with benefits. While the administration draws up the paperwork to make the declaration official, the federal and state governments are preparing for what they can do under this heightened state announced by the president.

Although it’s unclear what can be done under a national emergency, many states and governors have praised the decision, including Trump ally and New Jersey Governor Chris Christie, whose state has been badly affected by the opioid epidemic.

What it will do is open up the door for new resources, new funding, and additional personnel to help combat this problem.

In the state of Arizona alone, there were 790 deaths related to opioid overdoses in 2016 — an average of two per day. Law enforcement in Arizona has been trained to use naloxone and has helped the state develop opioid prescription guidelines. They have also been able to receive real-time data and information about the problem, including the number of deaths from overdose and the number of naloxone doses.

This focus on treatment and prevention is often a contrast to the Trump administration’s rhetoric on “law and order” when it comes to drug offenses and cuts to programs that help alleviate the problem.

Summary
Article Name
Trump opens new doors for curbing opioid crisis after announcing national emergency
Description
After declaring the opioid crisis a national emergency, the Trump administration has opened up the possibilities for immediate action on the epidemic amidst cuts on funding for agencies that work on the issue.
Author
Ryan Beitler
Publisher Name
Addiction Now