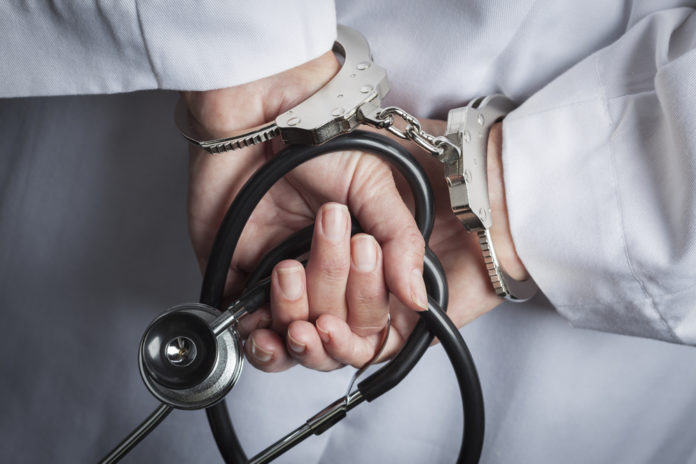 DEA agents have seen major success in targeting “egregious” doctors who have put patients at risk with opioid prescribing crimes.

While the nationwide epidemic is worsening, some doctors are exacerbating the problem — in many cases deliberately, for personal gain or through extreme negligence.

But physicians are increasingly being held accountable for prescribing crimes which have fed the opioid crisis and put patients at risk of addiction or overdose. Many of these criminal prosecutions are on the back of investigations by the Drug Enforcement Administration (DEA).

DEA spokesperson Barbara Carreno said that the number of problem doctors is tiny, but they can still do serious damage to patients.

“A very small number of our registered doctors are problem doctors,” she said. “Even as it is rising, it’s still a very small percentage of a large number of practitioners. The vast majority of doctors are working for the benefit of their patients and they follow the law doing so. But when you find these egregious doctors, you find doctors who have patients overdosing, and they just keep prescribing to them. You find doctors who are selling prescriptions for sex or selling prescriptions for cash. Sometimes you find doctors who just prescribe things without even examining the patient.”

Some major cases of opioid-related doctor malpractice have made headlines in recent years.

In 2015, Hsui-Ying Tseng, a California-based doctor, was prosecuted and convicted of second-degree murder after overprescribing painkillers to patients. It was the first time a physician in the U.S. had been convicted of murder for overprescribing drugs. Tseng was given a sentence of 30 years to life in prison.

Even in the face of the opioid crisis, the DEA does not have the resources to monitor every doctor. But investigations are launched when concerns are raised by parties such as pharmacists, members of staff at doctors’ offices, and family members of patients.

“There are about one and a quarter million practitioners registered with the DEA,” Carreno said. “Right now we have fewer than 600 diversion investigators, so we are not parked under office windows trying to find doctors to hassle. What we do is get lots of tips from a variety of sources. If someone doesn’t like what they’re seeing, it could be cause to investigate.”

Doctors can be subject to criminal prosecutions under the Controlled Substances Act, which states that a prescription must be written for a legitimate medical purpose and written in the usual course of professional quality.

Anything falling outside those guidelines can be cause for investigation and prosecution.

Figures revealed last year in an analysis of the National Practitioner Data Bank showed that criminal action taken by the DEA had quadrupled — from 88 cases to 371 between 2011 and 2014.

“We don’t want to scare patients, but these medications… (continue reading)

Fear of fentanyl: a hidden killer