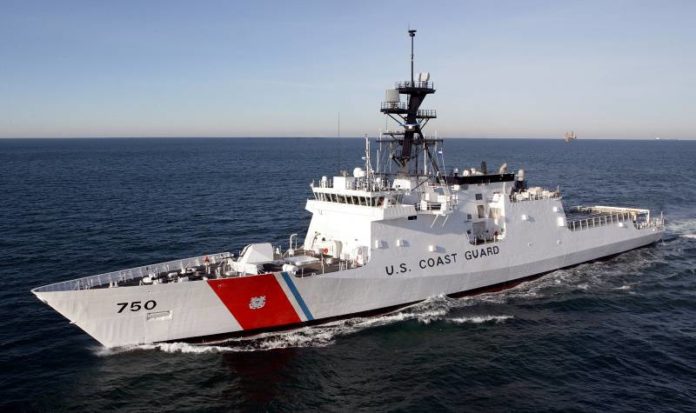 The United States Coast Guard is detaining suspected drug smugglers and traffickers for weeks and months on end on boat prisons that are being dubbed as “floating Guantanamos.”

Prisoners are spending days, weeks, and sometimes months in shackles with little food or basic necessities.

The average time detainment in maritime conditions has increased from five days in 1985 to 18 days on average today. But Johnny Arcentales spent more than two months aboard a Coast Guard boat, also known as cutters, shackled with around 20 other prisoners.

Arcentales is a 40-year-old fisherman from Ecuador who was desperate to make money to support his wife and their eight children. The fisherman was offered more than $20,000 to move 440 kilos of cocaine but ended up on a Coast Guard vessel with other detainees from Guatemala and Colombia.

The prisoners were not able or allowed to call their families or ask for lawyers. Two months incarcerated and at sea, Arcentales had lost weight, nearly 20 pounds. But it didn’t end there, he and the other prisoners were shipped to the United States to face charges for drug smuggling.

After accepting a plea agreement, Judge Virginia Hernandez Covington acknowledged that poor men like Arcentales have little useful information to offer about the drug trafficking networks because they are low-level smugglers who are usually disposable. Still, the fisherman from Ecuador was sentenced to ten years in federal prison.

Over the last six years, over 2,700 men have been captured from boats that were suspected of smuggling cocaine from Colombia to Central America. The drugs are to be carried at sea for weeks or months as American ships continued to patrol, where they travel thousands of miles from the United States to pursue smugglers.

The limits of the Coast Guard’s jurisdiction have expanded over the years. During the 1970s and 80s, Congress passed laws that defined drug smuggling in international waters as an explicit crime against the United States, even if the–often foreign–boats showed no proof that they were headed for the U.S. This made international waters fair game for the Coast guard for the first time.

After their agency and jurisdiction was expanded, the Coast Guard began detaining an average of 200 suspects each year. There were 585 detainees in 2016, and by September 2017 the Coast Guard had incarcerated over 700 detainees since the same time the year before, where they are shown to have a lack of regard for basic human rights.