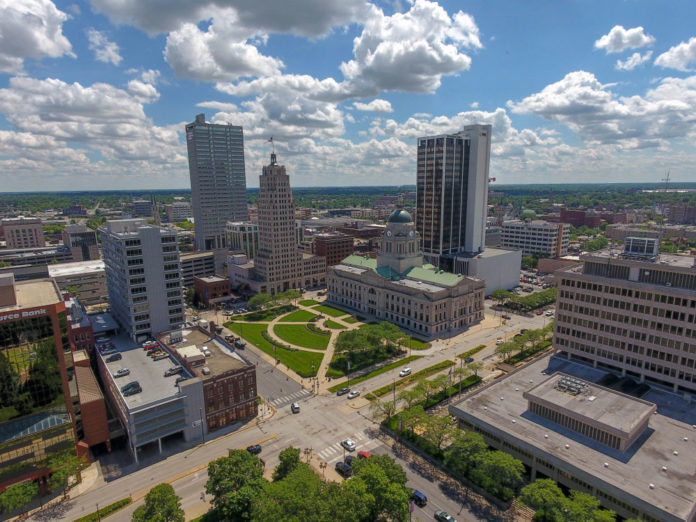 The substance abuse treatment services available in Fort Wayne, Indiana are not living up to standards, according to a report released this week.

Since January of 2017, Allen County has seen 35 drug-related overdoses deaths, but 15 additional deaths are still unconfirmed, according to the report.

Fort Wayne currently has over 15 drug addiction treatment centers operating officially, according to the 2017 National Directory of Drug and Alcohol Abuse Treatment Facilities.

Another resource that Fort Wayne currently has is the Allen Superior Court Drug Court Program. This program, funded by taxpayers, helps reduce future criminal justice expenses while encouraging the development of previous offenders when they achieve sobriety.

Despite these efforts, the new report indicated that Fort Wayne is still not doing enough to prevent substance abuse from occurring.

Some secondary prevention techniques were highlighted by the report and how to help curtail drug overdoses and substance use disorders.

Education was an element emphasized as the primary focus and an evidence-based curriculum was brought up as a need for in middle schools and high schools across the state of Indiana. One more factor included finding and identifying youths suffering from depression and substance use disorders.

Another needed development, the report indicated, was improved methods to diagnosis and treat substance use disorders. It also called for medication-assisted treatment to be utilized to help reduce relapse.

The report stated that the stigma related to substance use disorders and mental health disorders need to be reduced.

The report also called for the creation of a smooth transition from recognizing drug abuse to finding substance abuse treatment for the people who need it, as well as practicing holistic treatment techniques.

The report highlighted a need for more addiction treatment services for people released from jails and for increased capacity in the local drug treatment centers.

The recent report mentioned the Senate Bill 510 and stipulated that Allen County could potentially enter a contract with an entity to manage drug abuse treatment pilot programs after obtaining an endorsement by the Indiana commission to fight drug addiction with proper substance abuse treatment techniques.

It also outlined better accessibility of foster care as there is a shortage at the moment and called for harm reduction strategies that will reduce HIV transmission through needles and come up with a more efficient ways to obtain access to clean needles.

The proposal called more access to naloxone, intensified diagnosis practices and more treatment for babies born with Neonatal Abstinence Syndrome as well as the need to provide better education to police officers, physicians and other providers in healthcare services.

Rachael Blakeman, the director of Community Research Institute at the Purdue University, stated that since 2003, Allen County has spent approximately $1.1 billion in attempting to combat the opioid epidemic and finding substance abuse treatment programs.