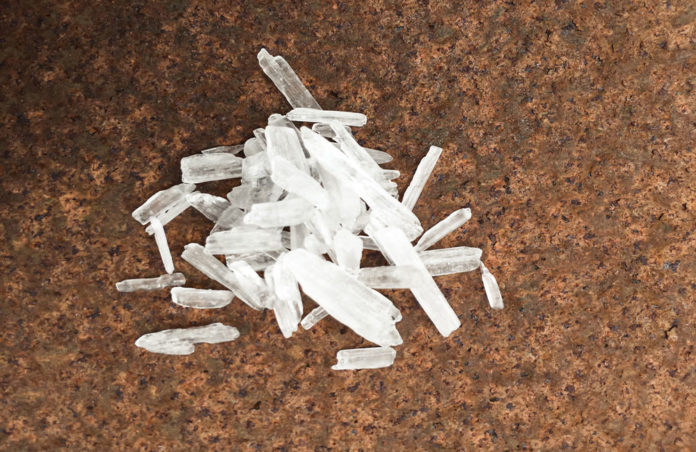 An innovative form of methamphetamine addiction treatment is currently being tested in Houston.

An experimental substance that could treat addiction, called ADAPT-2, is being assessed in Houston and in six cities across the country. The experimental drug is a combination of two different medications that are intended to obstruct the euphoria produced by meth and diminish the withdrawal symptoms.

The University of Texas Health Science Center at Houston (UTHealth) is where the clinical trial is being led. Their mission is to educate health science professionals, find new information about advances in the medical field and employ the best forms of medical care. Much of their work revolves around innovative forms of technology that can be used to prevent and treat diseases.

If their experimental research is a success, the Food and Drug Administration (FDA) could approve the new substance for meth addiction treatment.

According to nine Department Enforcement Agency (DEA) offices, methamphetamine remains the main drug threat in Texas. In 2016, there were 715 meth-related deaths in Texas, in comparison to 539 heroin-related deaths, according to a report from the University of Texas at Austin.

The report highlighted that meth is more potent now than when it was created with pseudoephedrine — reaching a potency rating of 95 percent. Between 2014 and 2016, there was a 103 percent surge in meth confiscations at the U.S.-Mexico border.

In 2016, 17 percent of drug addiction treatment admissions were related to meth, which was primarily smoked, injected or inhaled.

Meth is not just a Texas problem, it is widespread throughout the entire country.

The two drugs being used in the new meth addiction treatment trial are naltrexone and the antidepressant bupropion.

The mixture has been shown to be successful in treating meth addiction among limited sample sizes, which researchers hope can be an indication that the combination may help fight against methamphetamine use disorder.

This is not the first time researchers have attempted to formulate a drug to counteract the effects of meth.

In 2015, experts at the Scripps Research Institute used a medication called

Blebbistatin (or Blebb) on methamphetamine-addicted rats. After that trial was concluded, the rats no longer craved the drug.

The difference is that the experimental drug used in that study acted more like a memory cleanser that erased the high caused by meth. The drug in the 2015 trial did not stop cravings, it just made the user forget about them.

The ADAPT-2 research study does not erase memories of methamphetamine use but blocks the opiate and dopamine receptors in the brain, which enables users to potentially quit using over a long-term period.

A total of 370 people are participating in the research study. At UTHealth, there are 55 people — half of them are receiving the medicine while the other half are being given a placebo.

The medication being used in the trial is not recommended for long-term use for meth addiction. Some of the side effects include an increased blood pressure, heart problems, and death.

This clinical trial began on May 5,  2017, and is set to conclude in March 2019, after each patient is tested individually through a 12-week period.