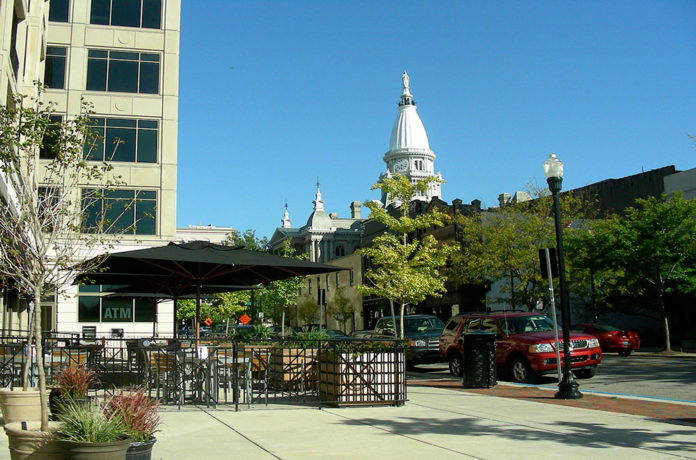 A methadone clinic opened last month in Lafayette, Ind. to assist residents in need of addiction treatment. The clinic’s program is one of many government efforts to expand opioid treatment options across the state.

The clinic is run by Limestone Health, which specializes in outpatient addiction treatment services such as medication-assisted treatment (MAT) and behavioral therapy. In addition to the Lafayette location, the healthcare provider also opened a facility in Bloomington.

Patients can either be referred to the clinic by their physicians or have walk-in appointments. On-site clinicians will conduct a medical evaluation to determine whether the program is the best option for them.

The clinic has the capacity to treat up to 500 individuals. Around 50 people have signed up for the clinic’s treatment services so far. Patients in the program are required to submit regular drug tests and attend monthly individual and group counseling sessions.

After plans about the establishment of the addiction treatment clinic were announced last summer, some local government officials and residents voiced concerns over how it might affect the community. Limestone Health representatives held numerous meetings over the past year to impart the importance of opening the clinic and how its resources will benefit individuals with substance use disorders.

The implementation of methadone clinics has been scrutinized by concerned parties on a state level as well. For many years, Indiana legislature imposed a ban on methadone clinics. Some critics were wary of the dangers associated with substituting one addictive medication for another.

However, due to increasing numbers of heroin overdoses, state government officials made a bipartisan effort to pass House Bill 1449 in 2015. The law effectively lifted the methadone ban and called for the development and regulation of up to five opioid treatment programs by 2018.

In July 2017, Indiana Medicaid coverage for MAT was extended to include methadone in addition to naltrexone and buprenorphine. The new clinic accepts Medicaid and other forms of insurance as well as out-of-pocket payment.

According to the U.S. Centers for Disease Control and Prevention, there were 1,526 drug overdose deaths in Indiana in 2016.

The Indiana State Department of Health reported that opioids were involved in half of the drug poisoning cases that year. Heroin was also present in nearly 20 percent of overdose death cases.

Tippecanoe County, where Lafayette is located, experienced 32 drug poisoning deaths. Fatal overdoses in the county were most common among those between the ages of 25 and 34, which mirrored drug overdose findings for the entire state.

To combat the opioid crisis, Tippecanoe County is participating in a drug overdose data collection program along with three other counties. The Tippecanoe County Drug Overdose Fatality Review Team will cross-reference cases to determine trends as well as examine the social climate and other factors that may contribute to substance abuse. Their findings will be used to develop more effective drug education courses and prevention measures.

Lafayette’s mayor supported the decision to open the methadone clinic and stated that it will save many lives.