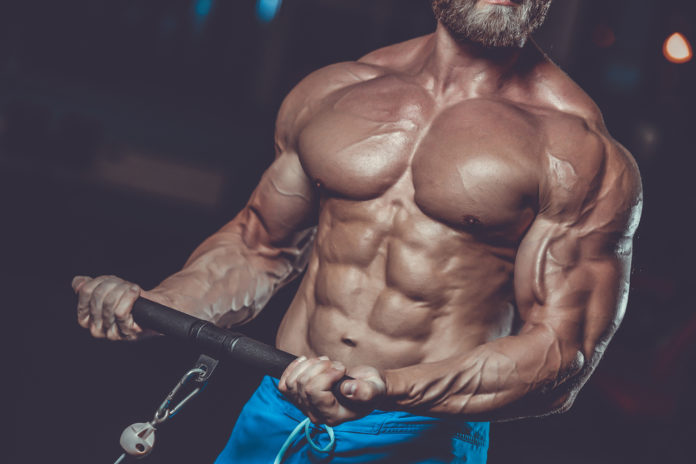 The culture of substance abuse in U.S. colleges extends beyond drugs like marijuana or heroin and the use of anabolic steroids has become increasingly common.

According to a study conducted by the University of Maryland College Park, anabolic steroids are substances chemically related to testosterone, a male hormone that helps muscle growth.

There are over 100 different types of anabolic steroids, but only a few have been approved for human use. Some examples of steroids include testosterone, androstenedione, stanozolol, nandrolone and methandrostenolone.

There are three common ways people take anabolic steroids. The first is called cycling, which involves using a steroid for a period of time, stopping to rest and then beginning again. Stacking is when multiple steroids are used simultaneously. Pyramiding consists of using one or more steroids at a low dosage then gradually increasing the amount used.

Anabolic steroids can be traced back to the 1930s when a team of scientists were able to synthesize male testosterone. This early version of anabolic steroids were used to help soldiers in World War 2 gain muscle mass.

After the war, athletes began using the drug to enhance their performances, especially during the Olympic Games.

Steroids were often applied through injection with use of a needle to pin it exactly through the body and into the bloodstream. It would not be long before the short and long term effects of steroid abuse was discovered.

The short-term physical effects of steroid use in men can include reduced sperm count, heart damage, impotence or difficulty and/or pain urinating. Long-term effects includes liver disease or cancer, development of breasts or shrinking of the testicles. For women who use steroids, the short-term physical side effects can include breast reduction and excessive hair growth. The long-term effects can include a deepened voice, an enlarged clitoris and abnormal menstrual cycles.

Psychological effects have also been attributed to anabolic steroid use. Despite no scientific evidence, there have been individual accounts of people on steroids displaying aggressive behavior. Those who used anabolic steroids also revealed that they experienced increased confidence when using the drugs.

Whether steroids are addictive has been disputed but withdrawals are common for people who quit after long-term use. Some withdrawal symptoms include mood swings, depression, and restlessness. There is no evidence of steroids’ addictive properties but users tend to develop a tolerance to the drug.


According to a study conducted by the UCLA Clinical and Translational Science Institute (CTSI), HGH is used to enhance bodily performance during athletic activities and is more difficult to detect than anabolic steroids.

The study included 440 participants, 85 percent were male. A total of 303 were given HGH. Those who received HGH had more increased lean body mass than those that were not given the substance. Soft tissue edema and fatigue were experienced more frequently by the people on HGH.

“Pressure to perform in college is expected, especially at the D1 level,” said Conner Sullivan, quarterback of the Stuttgart Scorpions of the Germany Football League, who also played football, track-and-field, and baseball at USC from 2012 to 2016. “All athletes are competitors and naturally want to perform their best. Because the competition level is raised, however, the pressure increases.”

According to statistics from Confirm Biosciences, .7 percent of the National Collegiate Athletic Association (NCAA) male athletes reported steroid use while 7 percent displayed an abnormal weight gain within a year of competing. The study also revealed that 1 in every 38 NCAA football players are steroid tested.

Approximately 1 in 5 males between the ages of 18 and 25 have considered using performance enhancing drugs (PEDs) to increase the chances of becoming a professional athlete. One in 4 believed that PEDS were vital to increasing their performance. About 77 percent stated that PED use in the professional leagues have placed increased pressure to use in college.

The NCAA routinely gives drug tests to athletes during the regular seasons and championship games.

“You hear whispers of people who ‘might’ be using steroids,” he said. “But compared to the use of marijuana, it is not on the radar. Marijuana is quite often used by athletes for various reasons.”

“Party lifestyle is a large part of most colleges in America, especially the big D1 schools,” Sullivan said. “Athletes partake just like any normal students but they obviously must be more disciplined when it comes to how often and they decide to attend parties or events.”

Marijuana use at D1 schools, was at 17 percent in 2017, not a big change from 2013, where 16 percent revealed that they had been using the recreational drug.

“Athletes are a lot more like normal students than most people think,” Sullivan highlighted. “They are definitely more disciplined in their physical training and eating habits — most of the time — but when it comes to drug use and parties, all people enjoy socializing and letting loose every once in a while.”

Marijuana use was reported by 33 percent of D3 student athletes in 2017.


PEDs have been common among athletes in collegiate and professional sports but they are also popular among non-athletes.


Anabolic-androgenic steroids (AAS) are synthetic derivatives of testosterone, according to a report published in the U.S. National Library of Medicine National Institutes of Health.

The report included a study conducted with 89 male weightlifters — 48 were steroid users and 41 were not. Half of the former group were heavy users while the rest had only experimented with the substance.


“There’s no safe type of steroids,” said Dr. Thomas O’Connor, an expert on anabolic steroid use in the U.S. “It’s very complicated what a steroid is. Essentially, these are used by ‘non-athletes’ and for personal reasons, mainly for body [or] personal body growth development.”


O’Connor is the only board-certified internist in the country that centers his practice on caring for individuals who struggled with the use of anabolic steroids.


“Everyone on social media wants to look good and have great sexy bodies so it starts off slow and steadily.” he said. “Because of the accessibility, the internet and everyone’s using them, these kids, young men and middle aged men, old men and women too, start to use them. Because they’re available and they work.”

Hypogonadism is a condition that results in lower testosterone than usual. According to the Journal of Advanced Pharmaceutical Technology and Research, there are two types of hypogonadism, primary testicular failure and hypothalamus or the pituitary gland problems.

O’Connor said: “When you put an oral steroid or an anabolic innermost injected steroid into your body — when you ingest or it or you inject it — it’s going to go into your brain and it’s essentially going to shut down your natural production and that’s the problem so soon or later when a man does steroids, he can typically feel great.”

The Taylor Hooton Foundation (TFF) is a non-profit organization that educates adolescents and adults about the dangers of steroids, HGH, PEDs and unregulated supplement use. The foundation was formed in the memory of Taylor Hooton, who committed suicide in 2003 after using anabolic steroids.

O’Connor explained that some doctors do not take the best actions when treating anabolic steroid use.

“[Taylor Hooton’s doctor] a decent doctor, says ‘hey get off the steroids, get out of here and go home’,” he said. “He goes home, gets off the steroids. He does have potentially an underlying depression and he comes off steroids, goes into withdrawal and he suffers because his testosterone plummets.”

O’Connor highlighted that it is not as simple as it seems to discourage a young person from using anabolic steroids. “It starts with supplements — prohormones and testosterone boosters — that are completely legitimate in vitamin world because the supplement industry is not regulated. So, these are boosters. Some of these are natural agents. Some of these are not natural. It’s not regulated.”

He added that people that when someone needs help with steroid use, the doctors should address it carefully.

“It should be dealt with properly,” O’Connor said. “These young men need to be cared for and monitored closely. So, I tell these stories, I give them airtime, I let them talk. I do their labs, I listen to them [and I] care. But I’m very paternal, I’m very protective and very stern in a loving and caring way as a physician.” Article Name
The College Culture of Anabolic Steroids and Performance Enhancing Drugs
Description
The culture of substance abuse in U.S. colleges extends beyond drugs like marijuana or heroin and the use of anabolic steroids has become increasingly common.
Author
Robert B Hayek
Publisher Name
Addiction Now