Determining how long it takes cocaine to show up on a drug test is an almost impossible task, as it highly depends on a person’s variables like age, hydration level, metabolism, and body mass. Many screening tests are used to detect cocaine, ranging from hair follicles to saliva, with each having its own window of time to identify the substance. In fact, the window is relatively broad, as it can pinpoint cocaine taken as far back as three months, depending on the test used.

Cocaine, also known as coke, snow, flake, crack, and rocks, is a Schedule II controlled substance that is highly dangerous. It earned this classification thanks to its high potential for abuse and individuals’ tendency to develop severe psychological and physical dependence on it. While it is available for legal use in specific situations, particularly medical and surgical, it is illegal for prescription and recreational use in the United States.

The liver’s enzymes and blood metabolize cocaine itself remarkably quickly, so most screening tests cannot detect it. The half-life of cocaine is estimated to be around an hour, so it takes only that long to process and remove the substance from your bloodstream. Instead, blood tests and other types of screening methods detect benzoylecgonine, a metabolite of cocaine that stays in the body for a longer time.

Many people are subjected to urine drug screens, which is the most common test used to detect substance abuse. They’re notably accurate in detecting recent drug use, especially with cocaine, thanks to the nonexistent cross-reactivity between the screen and substances other than cocaine. It can see the drug for up to three days after use for light or sporadic users, and possibly a few days more for medium users. However, for heavy users of cocaine, urine drug screens can identify the drug for up to two weeks after use.

Many users hoping to pass various drug tests have resorted to dubious online claims about instant ways to flush their systems of cocaine by drinking gallons of water, eating fresh fruits full of antioxidants, and even taking a detox pill. However, scientific research has not substantiated any of these claims, making them unreliable ways to detox your body from drug use.

The best and most dependable way to get cocaine out of your system is to stop using it altogether and allow your body enough time to process it and flush it out. However, you’ll undergo withdrawal symptoms, making the detox more difficult, making a long-term solution necessity.

For this reason, a full-body cleanse coupled with therapy or counseling will set you on the road to recovery. Getting professional help in this instance is crucial, as withdrawal symptoms are challenging to go through by yourself. With addiction treatment specialists by your side, you’ll have the help you need to manage your symptoms and reduce your chances of relapsing. 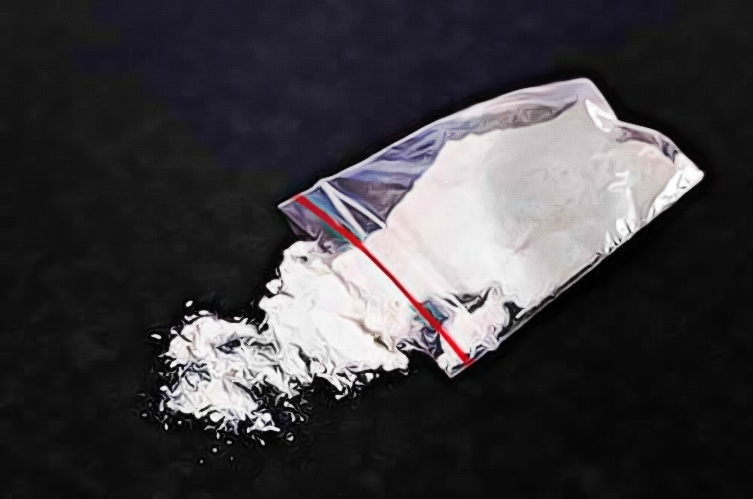 What Does Cocaine Do to Your Body?

While the potent drug affects everyone differently, it induces intense sensations in most people. Some people feel heightened euphoric emotions, while others feel increased anxiety and pain. A few users have reported experiencing hallucinations while under the influence of cocaine.

The stimulant responsible for producing these sensations is the coca leaf, known as Erythroxylum coca, the essential ingredient in cocaine. It affects the central nervous system, causing a buildup of dopamine, a neurotransmitter connected to pleasure-and-reward feelings.

This accumulation of dopamine is the primary reason people abuse and misuse cocaine, as the body seeks to quench its seemingly endless thirst for the hormone. An excess of dopamine will subsequently alter the brain’s neurochemistry, resulting in an addiction to the substance.

Each use of cocaine causes a sharp spike in blood pressure, breathing, body temperature, energy levels, heart rate, and even anxiety. Some users feel extra restless, experience tremors, get nausea, and have dilated pupils. The drastic change in mental alertness has caused many users to believe that cocaine boosts their clear-headedness and presence of mind, resorting to the drug to perform specific tasks more efficiently.

However, short-term usage of cocaine can be enough to produce adverse effects. Some of these include decreased appetite, extreme paranoia, irritability, plus hypersensitivity to sound, sight, and touch. Long-term effects include the increased risk of seizures, strokes, neurological problems, and even bleeding within the brain.

Cocaine withdrawal may not present itself as physically intense as withdrawal from other substances does, but it does manifest in severe psychological symptoms. These include exhaustion, slowed thinking, difficulty concentrating, and the inability to feel pleasure or sexual arousal. It can also display as depression or anxiety and suicidal ideation. Its physical symptoms include nerve pain, chills, muscle aches, and tremors. A common withdrawal symptom is an urgent need for more cocaine, known as cravings, driven by the desire to alleviate withdrawal symptoms and experience the high of being on the substance.

Mood changes are a big part of cocaine withdrawal and cravings, including anxiety, depression, and irritability. They’re often at their most intense during withdrawal and tend to subside once the stage has passed. Thanks to these substantial mood changes, many people experience difficulty concentrating or slowed thinking, further demonstrating the drug’s dangerous effects on cognitive functions.

Another familiar sensation of withdrawal is exhaustion or fatigue. After cocaine’s stimulating effects subside, users often feel worn out and tired. Adding to this is the spike in energetic activity they frequently experience when high from the drug, culminating in weariness and sleeplessness. Cocaine also disguises the discomfort that many people feel when overexerting themselves, which will worsen once the effects taper off.

Even with the intense tiredness, it can also interfere with sleep and cause nightly disturbances, such as vivid nightmares, insomnia, or hypersomnia, or having too much sleep. Withdrawals often make a person feel incredibly sick and unwell, as they often experience an increased appetite during this period and the sensation of physical slowing or agitation.

Cocaine is a hazardous drug that has wrecked the lives of millions of people. The potent substance itself doesn’t stay in the body for long, but its metabolites can remain for up to three months, depending on the sample taken for the drug screening. If you’re worried about testing positive for cocaine, consider seeking professional help in rehabilitation centers.

The impact of addiction on siblings