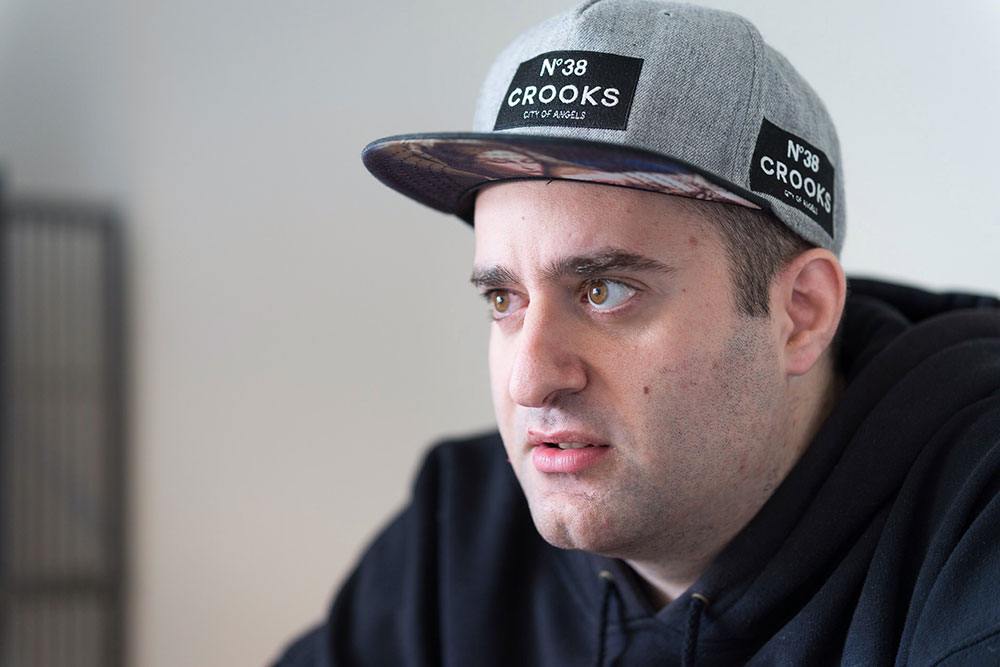 Toronto resident Brian Paolino wonders how someone can be interested in a 35-year-old who “grew up biologically but not psychologically.”

Paolino explained he thinks the variety of drugs he used during the years he was an addict prevented him from growing up psychologically. Coincidentally, psychological issues were what initially made him experiment with drugs.

Prescription pills became a part of Paolino’s life at a young age since he struggled with a severe general anxiety disorder, depression and obsessive-compulsive disorder (OCD) — in addition to self-diagnosed Asperger Syndrome.

“[Doctors] started me on clonazepam and SSRIs at around 11,” Paolino said, referring to serotonin-specific reuptake inhibitors. “The major thing was the OCD and the anxiety. I used to wash my hands until they bled. It was really hard. I guess I looked for an escape my whole life.”

In 1999, the internet helped him find the escape he was looking for — but the escape was rapidly followed by addiction. He started abusing drugs when he was 17. During that time, Paolino became increasingly interested in finding out why substances like ecstasy were so popular among the people he attended raved with.

“I just wanted to do ecstasy,” he said. “Then I came across online forums about other drugs, prescription drugs. I never knew you could get high on a prescription. They talked about OxyContin — we didn’t have that yet in Canada. We had codeine, so I started taking that. Then I started talking to more people, and I found out how to become a professional drug shopper – literally.”

Paolino started taking stronger pills that he would get from doctors in emergency rooms and walk-in clinics after he would make up stories about having pain. He lied to get the pills and lied about how the pills didn’t work until he got a Percocet prescription, which he said made everything better. And conveniently, he didn’t even have to pay for them.

“You just feel so safe on opium, but once you get started on opiates it’s a slippery slope,” he said. “In Canada, we have free healthcare so drugs are free. Once I got hooked, I went on welfare. I got a drug card and went doctor shopping. I didn’t pay for my opiates and I would have to pay for heroin – why would I want heroin?”

By 2000, Paolino was addicted to opiates. He had a map of his city’s emergency rooms and urgent care facilities, but he didn’t think he was doing anything illegal until… (continue reading)