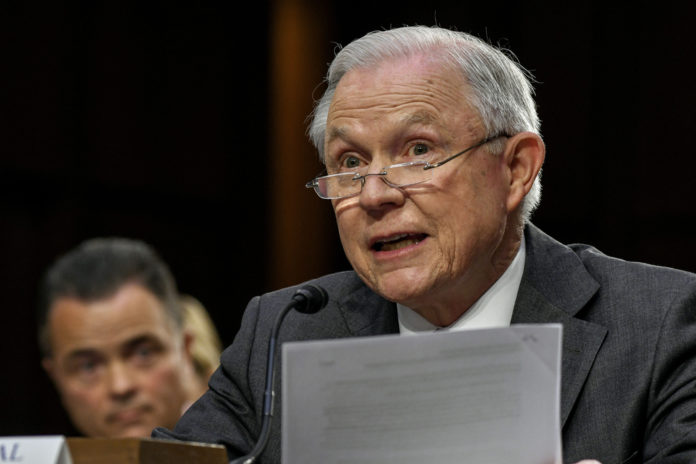 Sessions’s speech primarily focused on his plan to use criminal penalties to mitigate the effects of the opioid crisis. Integral to this plan is the creation of the Opioid Fraud and Abuse Detection Unit, a pilot program for the Department of Justice. The new unit has a stated purpose of gathering data on opioid-related fraud in health care and using the data to prosecute individuals who are deemed as contributors to the opioid epidemic.

As part of the newly launched program, the Justice Department is allocating funds for the dispatch of a dozen Assistant United States Attorneys to districts across the country. For a term of three years, these federal attorneys will be tasked with investigating cases such as pharmacies that unlawfully dispense opioids for illegitimate reasons and pill mill schemes. The attorneys will be placed in various states including California, Pennsylvania, Nevada and Ohio.

Sessions stated that treatment is only one element of combating the opioid addiction crisis, citing prevention and enforcement as the other two prongs. During the speech, Sessions voiced his belief that addiction recovery treatment was often “not enough,” stating that we must foster an environment “hostile to drug abuse.”

“Sessions is giving the sense that he doesn’t believe that treatment works and that he thinks the law enforcement approach is the only approach,” said Michael Collins, the deputy director of the Drug Policy Alliance. “But we’ve got 40 years of the law enforcement approach, and it’s been a complete failure. So, he’s willfully ignoring evidence there.”

Sessions echoed tactics promoted during the War on Drugs, which suggests a perspective on addiction recovery treatment that is at odds with many experts — including some experts within the Trump administration itself. One example of the contradiction is the interim report prepared by the special commission to combat the opioid crisis.

The Commission on Combating Drug Addiction and the Opioid Crisis, formed by executive order and headed by New Jersey Governor Chris Christie, released their interim report on July 31st, just two days before Sessions delivered his remarks to the Columbus Police Academy. The opioid commission urged Trump to declare a state of emergency, an action he undertook on August 10.

Emojis Give Youth a New Way to Communicate About Substance Abuse