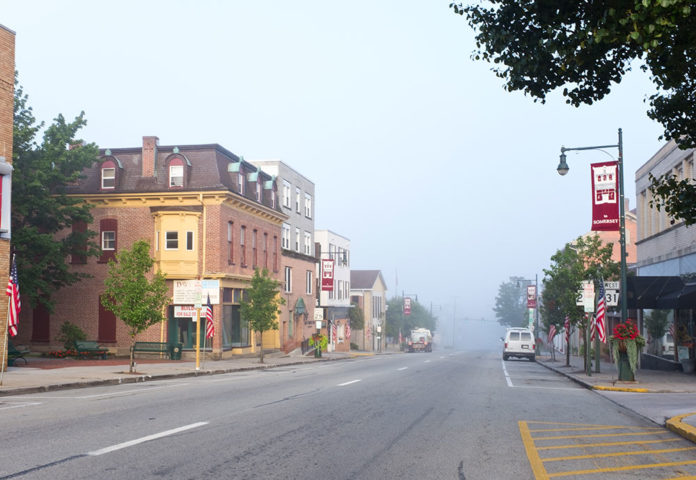 A new drug abuse program in Somerset, Pennsylvania has started to connect local residents who have substance use disorders with the addiction specialists that can best assist them.

The initiative has been launched this month and it is currently allowing any person who is looking to get access to addiction treatment services in the area to walk into the Somerset Borough Police Station and get help.

After the people get to the police station, they will be able to speak with an officer who has been instructed and trained to best assist these individuals. The police officer will then reach out to a professional to connect the people with the addiction treatment services they need and/or find the rehabilitation facility that will best address their needs.

Subsequently, a certified addiction treatment professional will conduct an assessment interview with the person who is struggling with a chemical dependency to coordinate what the next steps will be.

Under the new drug abuse program, the people who seek help for a drug addiction will not be arrested nor face criminal charges. Instead, if they happen to be carrying illicit substances, the police officers will have those confiscated.

The initiative was announced by Josh Shapiro, the Pennsylvania Attorney General, during this year’s We Will Recover event — an annual event that looks to bring community members together in order to promote addiction recovery services, reduce the stigma surrounding substance use disorders, and spread awareness.

In the occasion, held on May 8, hundreds of spectators gathered to watch Shapiro emphasize that he believes it is a moral obligation of those in public service to help any person who is suffering from an addiction and seeking assistance.

This is the first time that a drug abuse program of this nature has been implemented in the state of Pennsylvania.

As of right now, the Somerset Borough Police Department is the one police department participating in the program.

For the past few decades, the Somerset Borough Police Department has been connecting the local people who have mental illnesses to the treatment services they need. Thus, the new drug abuse program is essentially a representation of a shift in the demographics the law enforcement officials have been serving.

He also expressed support for Shapiro’s stance and highlighted that he believes that this is a part of the responsibilities law enforcement officials commit to when they pledge to ‘protect and serve.’

Cox explained that even though the police department will continue to target individuals involved in drug trafficking and/or sales, they are hoping that reducing the number of prosecutions for minor crimes associated with drugs is going to be a way to save money as well as time for officers.

The law enforcement officials have stated that, shortly after the drug abuse program was launched last week, they already had their first request for assistance. And in less than one hour the person who sought help had already been taken to a drug detox center. Be Best Campaign Focuses on Opioid Abuse; Other Things