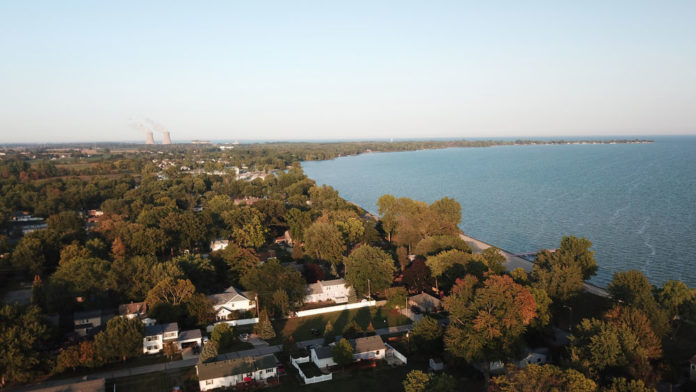 A new addiction treatment center is set to open later this fall in Monroe, Michigan with the help of grant money. It will specifically treat patients with prescription opioid and alcohol use disorders.

The facility, called St. Joseph Center of Hope, is set to be built on the site of the ProMedica Monroe Regional Hospital. The building of the center is made possible through a collaboration with the hospital, as well as local and state organizations. Catholic Charities of Southeast Michigan is working to renovate the section of the hospital that will house the center.

Wendy Klinski, assistant director of behavioral health for Catholic Charities of Southeast Michigan, stated that the partnership should positively affect the local community.

St. Joseph Center of Hope is the result of a $120,000 grant. Additional funding was provided by Catholic Charities of Southeast Michigan allocated through the sale of the city’s former St. Joseph Catholic Church.

Kathleen Russeau, the executive director of the Community Foundation of Monroe County, is looking forward to the facility. She stated that the partnership and grant money will help reverse local drug and alcohol abuse.

To assist people in need of addiction recovery, the center will remain open 24/7.

Klinski stated that the center will also connect people with substance use disorders to recovery resources.

The construction of the St. Joseph Center of Hope is in response to the rising number of drug overdose deaths in the county.

The U.S. Centers for Disease Control and Prevention reported that 2,347 drug overdose deaths occurred that year in the state.

According to an analysis by the Center for Michigan, there were 55 drug-related poisoning deaths in Monroe County during 2016, compared to the 18 percent average number of overdose deaths from 1999-2013.

Representatives from the Monroe Area Narcotics Team and Investigative Services stated that overprescription of opioid painkillers is a reason for the rise in opioid abuse in the county. Physicians are currently consulting the Michigan Automated Prescription System in an effort to discourage doctor shopping.

Monroe County Health Department Director Kim Comerzan stated that many local addiction treatment centers are filling to capacity and many young adults in the county have overdosed on opioids.

In an attempt to curb the opioid epidemic, local law enforcement and community organizations have worked together to implement and promote drug prevention and awareness programs.

The Monroe Police Department is one of many police departments to partner with the nationwide Angel Program.

Catholic Charities of Southeast Michigan and other addiction recovery programs have partnered with the county’s Prosecutor’s Office and the Substance Abuse Coalition to introduce awareness programs in all twelve of the county’s high schools. The programs focus on educating students on the dangers of prescription drugs, tobacco, marijuana and alcohol use. Coalition representatives stated that nearly 350 students attended the last summit.

County prosecutor William Paul Nichols stated that the county has been taking a community approach to create action plans to address the opioid crisis.

Community leaders at a roundtable discussion in April expressed support for the St. Joseph Center of Hope.

Klinksi stated that the center will feature a welcoming environment and provide hope to patients with substance use disorders and their families. Article Name
Addiction Treatment Center in Monroe to Open This Fall
Description
A new addiction treatment center, that will assist patients with prescription opioid and alcohol use disorders, will open later this fall in Monroe, Michigan with the help of grant money.
Author
Sean Woodard
Publisher Name
Addiction Now