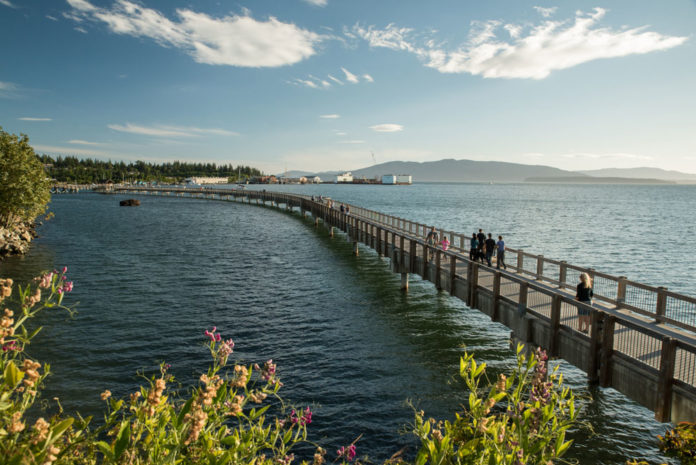 A drug treatment program in a jail in Bellingham, Washington is being debated after an injunction was filed by the American Civil Liberties Union (ACLU).

The Whatcom County Jail and Sheriff’s Office were approached approximately a year ago by the ACLU. The ACLU wanted them to alter their policies to help inmates who struggled with opioid use disorder gain access to buprenorphine and methadone medication-assisted treatment (MAT) programs. When the ACLU noticed that there was no change to the drug treatment program, they filed a lawsuit.

The lawsuit claimed that the county jail and Sheriff’s offices were denying MAT to inmates for their opioid addictions, despite providing other forms of medication.

Despite this, Whatcom representatives have relayed that they were planning to allow this transition to take place. A representative from the county jail announced that a plan has been in the works since March to allow inmates struggling with opioid use disorder to be given managed buprenorphine. The timeline for this was set for July and the form of MAT detox would be administered between a three to five day range.

Inmates in Washington State have had troubles with substance use disorders and there has not always been help for them after release.

A study conducted by the U.S. National Library of Medicine National Institutes of Health with prisoners released from state jails from 1999 to 2009 revealed that there were 76,208 former inmates who had struggled with substance use disorder.

The results indicated that opioids were involved in 14.8 percent of all deaths after release from prisons. Overdose was the leading cause of death on a 167 per 100,000 person per year ratio. Additional information illustrated that 8.3 percent of those who died from overdose-related causes were between the ages of 15 and 84.

The issue with drug overdoses has not improved much since then. There were 26 accidental drug-related overdoses in Whatcom County in 2017 and 23 deaths related to drugs in 2016, according to reports from the Whatcom County Medical Examiner’s Office.

The lawsuit that the ACLU has filed seeks to prevent more drug-related overdoses from occuring as they contend that the county jail breached the Americans with Disabilities Act.

The complaint states that the county jail has unfairly excluded the group of inmates struggling with opioid use disorders and increased the potential of drug-related overdoses if they don’t receive the treatment upon release from jail.

The policy that Whatcom County jail currently employs includes allocating medication to people who have prescriptions but prisoners can buy any over the counter medication that they need.

When women check into the jail, they are examined and those who are pregnant are prescribed buprenorphine.

The lawsuit stated that the Whatcom County jail discriminated against women who were not pregnant by not giving them the same treatment as women who were. The court records indicated that other inmates could only receive over-the-counter medication.

The ACLU stated that the policy does not prevent people from relapsing because these over-the-counter medications interfere with the MAT plan that the patient was receiving before they became incarcerated.

The ACLU brought the lawsuit on behalf of two inmates who claimed that their drug treatment program with MAT was halted when they were arrested. The inmates alleged that Whatcom County has hindered their efforts to help recover by not giving them access to proper drug treatment programs and increasing the difficulty of finding treatment after. Article Name
Drug Treatment Program in Bellingham Jail Disputed in Lawsuit
Description
A drug treatment program in a jail in Bellingham, Washington is being debated after an injunction was filed by the American Civil Liberties Union (ACLU).
Author
Robert B Hayek
Publisher Name
Addiction Now