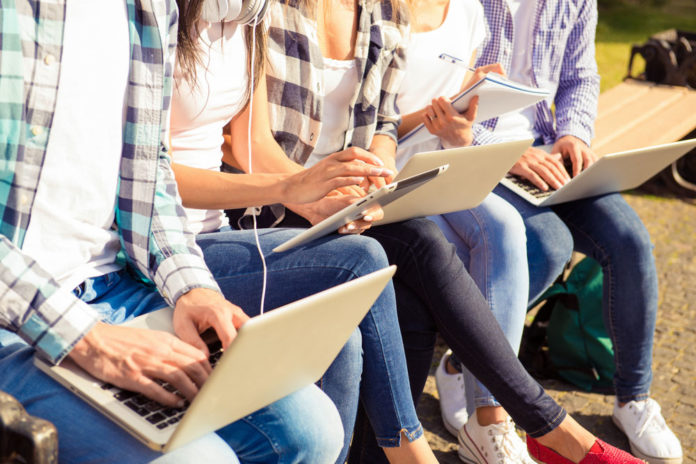 RHS programs serve as an alternative to regular high schools and give students a chance at addiction recovery from the environment where they were more likely to relapse.

In 1979, a program in Montgomery County, Maryland called the Phoenix School helped pave the way for the establishment of RHS programs.

“The growth of these schools was fairly slow through the 80’s,” said Dr. Andrew Finch, the co-founder of the Association of Recovery Schools (ARS). “It wasn’t until the late 80’s that you started to see lots of growth and most of that was in Minnesota.”

The first official program, Sobriety High of Minnesota, was established eight years later and closed in 2013 due to lack of funding.

“We have seen a pretty steady growth nationwide with the exception of the couple years right around the recession where you saw some reduction in the number of schools where specialty programs really took a hit in those years. But starting around 2012 and 2013, you started to see steady growth again. I think certainly communities have seen value in this approach, we have been seeing a lot more schools open.”

There are approximately 40 operational RHS programs in the country. California, Texas, Massachusetts and Minnesota are the states with the most RHS programs.

Finch indicated that a RHS program usually begins as grassroot efforts by parents or educators and detailed the steps taken.

Finch stated that oftentimes people will reach out to him or Sasha McClean, the vice chairman of ARS.

“When someone starts doing this, they look at existing schools, they may reach out to Sasha, myself or someone in the national organization,” he said. “It really is a lot of information gathering before they can even get moving. From there, it can really diverge as far as next steps. It kind of depends on what resources they have available to them.”

Finch emphasized he hopes to see at least one RHS in every state serving a more diverse student population.

“RHSs historically have been at best as diverse as the treatment population,” he said. “They’re not as diverse as the treatment population in this country, in most places. It still tends to be predominantly white or middle- to upper-income population. It’s not exclusively that way, you certainly do see some diversity in the schools but I think that’s something I would like to see change over time.”

Most RHS programs have three major goals: teach students who are recovering from substance use disorders, meet state requirements for bestowing a secondary diploma and support adolescents in recovery. Programs are staffed by educators, counselors and mental health professionals who address the needs of each student.

The ARS — which certifies RHS programs and monitors emerging schools to ensure certification standards are met — recently published the 2016 biennial report, which analyzed the effectiveness of RHS programs and highlighted that the biggest threats to RHSs include the stigma associated with addiction and lack of awareness about their existence.

The report also called for alternatives to incarceration and stressed the importance of college for students struggling with substance use disorders as well as legislative efforts to improve the options available for students.

“[RHSs] are a part of a landscape of services and advocacy efforts that have, I think, awaken people to the needs of adolescents.”

Therapeutic boarding schools are alternatives to RHS programs. According to the National Association of Therapeutic Schools and Programs (NATSAP)  those schools feature four key factors: curriculum that involves emotional and academic development, award high school diplomas that eventually lead to secondary schools, apply the use of therapy in its courses and a typical enrollment length of one to two years. While RHS programs address substance use disorders, NATSAP primarily focuses on behavioral health with substance abuse as an extension of treatment.

“The NATSAP schools have brought treatment to adolescents nationwide,” Finch said. “RHSs have really emphasized the substance use piece of it but I think NATSAP has a broader mission [focusing on] behavioral, emotional, mental health. Substance use is a part of it.”

He explained that NATSAP tend to be focused on long-term and often residential treatment.

“[A typical NATSAP] is providing some type of therapy or treatment for whatever the issue may be,” Finch said. “The RHSs would tend to be schools that would maybe come in after that. They would continue the positive gains that someone might have gotten in a therapeutic boarding school or a treatment program to that extent. And they would be very focused on the substance use piece of that as well as the other issues that may be present.”

Another alternative for adolescents with substance use disorders are drug and alcohol treatment schools. These are generally inpatient substance abuse treatment programs where youths can keep up with their academic studies. Occasionally, there will be a school on site that may help the student study while in drug treatment.

“[Most students] are starting in RHS toward the end of their high school careers,” Finch said. “But for students that finish their high school education at a RHS, their next step is looking at college and career. One thing that has happened over the years with the expansion of collegiate recovery programs, you see an awful lot of students who might transition into a collegiate program and efforts to that effect to build relationships with those programs. Many students will go into a more traditional college setting or into the workforce and what you hope is that they have learned life skills on what they need to do to support their recovery long term.”

Some students often find a new direction after leaving a RHS and some choose to not go back to their old schools.

“For a student that leaves the RHS because of their return to active use [or because] they are failing drug screenings, they’re using regularly again, or they just don’t want to be in the recovery high school, that’s the other end of the spectrum, it’s going to be hard for a traditional school to provide the resources that student needs and so in that case it’s hard to gage what their path will be. Most likely will be a return to treatment at some point.”

Finch said that data shows that students who have a substance use disorder and stay at least a month in a RHS excel more than those who have not attended RHSs.

Improved rates of abstinence, academic outcome and other areas have been observed among students who attend RHSs.

The most significant improvement noticed among students with substance use disorders who attended a RHS for at least a month was a reduction in drug use, Finch said, “especially marijuana use.”

“As we expand the number of RHSs, my hope is that the schools really follow the standards of the ARS so that we don’t have people just opening schools saying ‘we’re a recovery school,’ but then really once you look into it you start to realize they’re really not. So that’s always the risk when you have rapid expansion.”