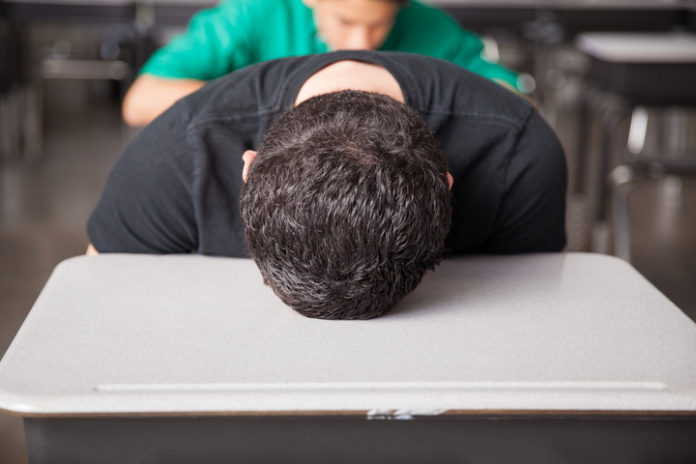 Adolescent students who reported daytime sleepiness were more likely to drink alcohol, experience episodes of heavy drinking, alcohol use disorder or related complications, according to a study published in the Journal of Adolescent Health (JAH).

Over a four-year period, multiple interviews were conducted with 829 middle school students in order to allow researchers to assess patterns of alcohol, marijuana, and cigarette consumption, sleep duration, delays in bedtime, and sleepiness during the day. Seventy-three percent of the subjects were white and 52 percent were female with a mean age of 12.6 years old.

According to data cited in the study, just over 34 percent of American youths reported using tobacco, marijuana and/or alcohol, the most frequently used substances for adolescents. It also adds that substance use during adolescence is closely linked with severe health risks that can perpetuate future use. The researchers indicated that less sleep predicted more marijuana use — the likelihood decreased by 14 percent for every hour of added sleep. These results align with conclusions of studies conducted over the past few years, which all found a link between poor or limited sleep and eventual drug use, the researchers confirmed.

However, Deidre A. Conroy, Ph.D., of the Department of Psychiatry at the University of Michigan, wrote an editorial on the study, also for the JAH, that suggested the researchers may not be getting “the whole picture.”

“Substance use initiation, abuse, and dependency are multifactorial issues,” she said. “Sleep may be one piece of this puzzle. I hope that parents do not try to ‘over-correct’ their child’s sleep trying to force their teenager to sleep more in hopes of ‘preventing’ substance use.”

A factor that potentially plays a role in the link between substance use and lack of sleep is stress, she stated, and added that adolescents face exposure to more extracurricular and academic pressures than previous generations.

Conroy referenced a few studies, one which revealed that more than… (continue reading)

Is Ritalin a gateway drug?