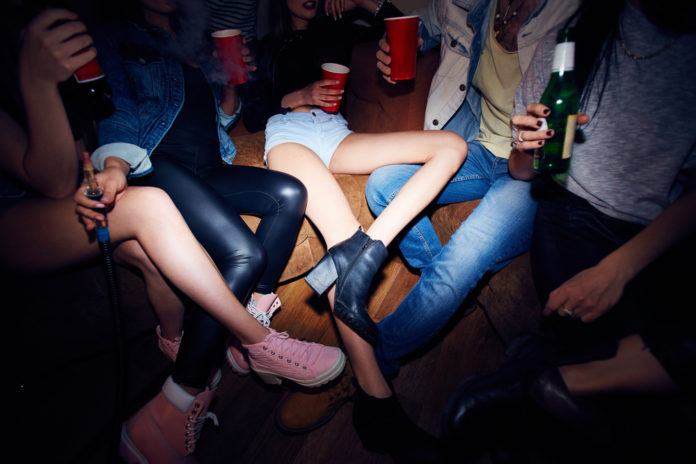 Alcohol is the most used substance by adolescents in the U.S. People who are between 12 and 20 years old drink 11 percent of all alcoholic beverages consumed in the country, and a new study found that these underage drinkers are heavily influenced by marketing and advertising.

Dr. Michael Siegel, a professor at the Boston University School of Public Health, decided to conduct the study because marketing has been known to potentially contribute to the underage drinking trend, but no other studies have examined the relationship between brand-specific advertising and consumption of alcohol.

“All of the previous research has looked at aggregate advertising and drinking behavior among young people,” he said. “The problem is that when you lump all advertising together, you’re basically lumping all brands together, but we suspect that youth only drank a small number of brands. We know that young people are very brand conscious when it comes to other types of products, and we suspected that the same thing may be true with alcohol.”

For the study, published in the American Journal of Drug and Alcohol Abuse and supported by a grant from the National Institute on Alcohol Abuse and Alcoholism, the researchers examined the exposure that people aged 12 to 20 had to brand-specific alcohol ads in magazines and television shows, in addition to looking at the 30-day consumption prevalence for separate brands among a sample of 1,031 drinkers aged 13 to 20 years old.

“We decided that it would be important to look at the specific relationship between not all advertising and youth drinking but specifically at advertising for certain brands,” Siegel said.

They also accessed information from 179 online alcohol retailers and estimated overall market shares for each of the 898 brands included in their data set. Social media was extensively used as an additional tool to assess the presence of each brand.

Siegel’s team found that underage drinkers were 36 percent more likely to consume alcoholic products that are advertised in national magazines, and more than five times more inclined to consume brands that advertise on national television — any televised commercial was linked to more than a five-fold increase in underage consumption.

The brands of alcohol that underage drinkers refuse to touch are the same brands that do not advertise very much on channels that have the potential to reach teenagers and/or young adults, Siegel explained.

“We saw a pattern that the brands that achieved the highest exposure in their advertising among youth are the brands that youth tend to drink,” he said. “Another important part of our research was that these are not necessarily just the same brands that adults drink. One could argue that the reason we are seeing this connection is that adults are also seeing the advertising, and they’re drinking the most heavily advertised brands — and so kids are going to copy the adults, but we found out that’s not the case.”

While there are select brands that are popular among both adults and teens, there are several brands of alcohol that… (continue reading) Article Name
How are underage drinkers influenced by alcohol ads?
Description
People who are between 12 and 20 years old drink 11 percent of all alcoholic beverages consumed in the country, and a new study found that these underage drinkers are heavily influenced by marketing and advertising.
Author
Livia Areas-Holmblad
Publisher Name
Addiction Now