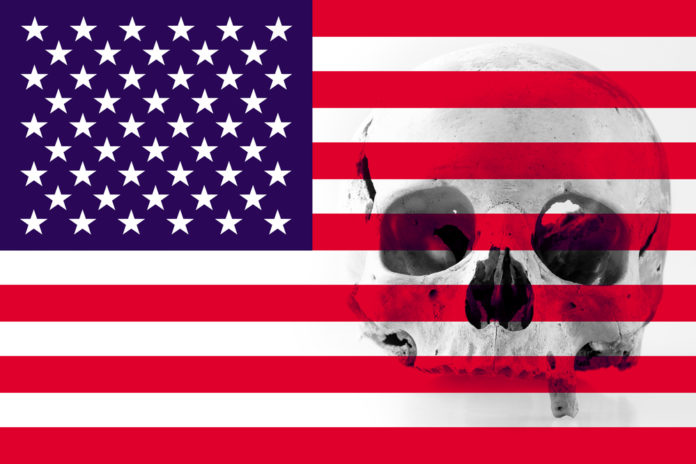 The U.S. has the highest number of deaths that are related to drugs in the world, according to the 2017 United Nations Office on Drugs and Crime (UNODC) World Drug Report.

The report, published on June 22, has been released annually by the UNODC for 20 years. This year it included numbers from international government agencies for 2015 — a year when a total of 52,404 drug-related deaths occurred in America, which accounted for approximately a quarter of all deaths (190,900) caused by drugs in the globe.

“Generally, what we see is that opioids remain the drugs with most health consequences,” said Kamran Niaz, an epidemiologist, public health physician and expert statistician at the UNODC headquarters in Vienna. “If you look at the burden of disease from drug use disorders and the number of healthy years of life lost due to drug use disorders, 70 percent of those are attributed to opioids. Overdose deaths continue to be of major concern — not just in the U.S. where there is better reporting but also in some parts of Europe (mostly linked with heroin) and in parts of Asia.”

Opioids have been affecting every country and the global production of opium — which tripled in size from 2015 to 201— may be to blame. Yet, the U.S. has been impacted the most.

“The opioid overdose deaths are particularly high in the U.S.,” Niaz said.  “Also, the sheer number of people who misuse prescription opioids is particularly high. Overprescribing of opioids has been of concern, which did lead in a way to the opioid epidemic in the U.S. — though there were other dynamics where people saw prescription opioids as a legal alternative to heroin.”

According to the International Narcotics Control Board, the U.S. is the main market for opiate raw materials and although the global demand for opioids has remained essentially the same, it has increased sharply in America since the late ‘90s.

“In the past few years the emergence of fentanyl has also contributed to overdose deaths in the U.S., and now this is compounded by a resurgence of heroin among the population, especially among the middle-class white population,” Niaz said. “Overdose deaths resulted not because people are missing a prescription opioid, it’s the polydrug use where people may be mixing other opioids, benzodiazepines, alcohol, etc., and end up overdosing.”

Another major finding included in the UNODC report is that nearly half of the 12 million people who inject drugs are estimated to be infected with Hepatitis C and 1.3 million with HIV.

“Hepatitis C appears to be much higher than HIV and most of the people who inject drugs hardly have any access to treatment for Hepatitis C, not even in developed countries,” Niaz explained. “[We need] training of physicians on guidelines for rational prescriptions and practices, as well as to evaluate the cases/patients and where possible use alternatives to opioid for pain management especially for chronic pain management.”

He also stated that many… (continue reading)