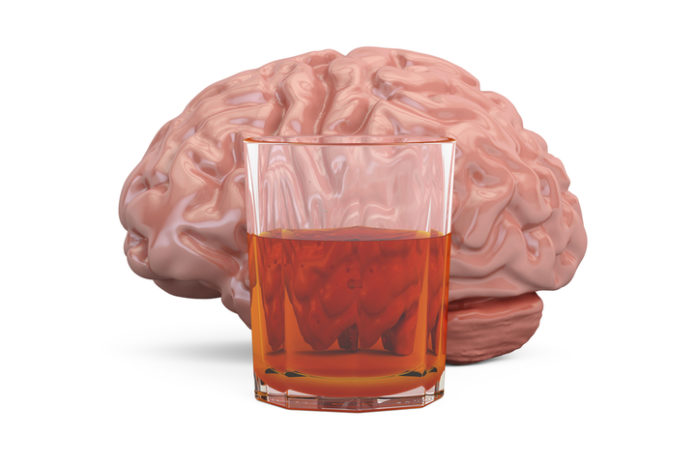 A groundbreaking study has uncovered a potential pathway in the brain that could lead to alcoholism. The breakthrough may eventually improve treatment for people struggling with alcohol use disorders.

Researchers from the National Institute on Alcohol Abuse and Alcoholism (NIAAA) carried out the new study, which shows that aldosterone — a hormone produced by the adrenal glands — may contribute to alcohol dependence through specific receptors in the brain.

The scientists launched the investigation after their previous works showed a possible link between aldosterone and alcohol addiction, but have now taken the research much further.

They hypothesized that aldosterone directly contributes to alcohol use disorders by accessing the parts of the brain associated with alcoholism triggers.

Aldosterone is usually associated with controlling blood pressure and the balance of electrolytes. Yet, it can also access the brain through mineralocorticoid receptors, which provide a pathway to the amygdala and prefrontal cortex — two parts of the brain that are strongly linked to the development of alcoholism.

Senior author of the new study, Dr. Lorenzo Leggio, said: “In addition to its roles in the periphery in our body, aldosterone also acts on the brain where the mineralocorticoid receptor is particularly present in regions like the amygdala. The amygdala plays an important role in stress, anxiety and excessive alcohol drinking.”

Leggio led a team of scientists in a cross-species trial. They tested the effects of alcohol on monkeys, rats and humans across three separate studies to establish whether or not a link exists between alcohol use disorder and the aldosterone/mineralocorticoid receptor relationship.

In the human research, under 40 people who were already battling an alcohol use disorder were analyzed every day for 12 weeks. Some gave up drinking for the duration of the study, while others continued to drink alcohol.

The human results were backed up by the monkey and rat studies, with aldosterone levels increasing over time with consumption of alcohol. Researchers also discovered that lower levels of mineralocorticoid receptor gene expression in the amygdala correlated with higher drinking levels in both animals.

The data collected from all three studies across the three species supports the idea that the hormone and receptor relationship has a major effect on alcohol misuse and addiction.

“In alcohol-dependent patients, we found that… (continue reading)