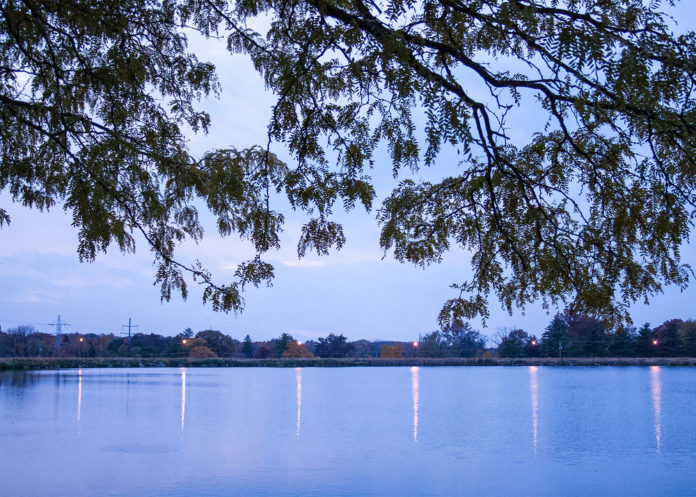 An addiction treatment program that’s been recently implemented in the city of Bloomington, in central Illinois, has been helping the local inmates who have an opioid use disorder.

The program connects those who have an opioid addiction and are at the McLean County Detention Facility with drug addiction treatment services. The recovery services offered by the program are federally funded and provided by the Chestnut Health Systems — a private, nonprofit charitable organization that offers behavioral health and human services across the state of Illinois.

The program, Behind the Wall, has been supported in part by funds from a federal grant as well as by capital provided by agencies that are affiliated with the U.S. Department of Health and Human Services.

The most significant grant — totaling $540,000 — was provided by the Substance Abuse and Mental Health Services Administration (SAMHSA) in the state of Illinois and is currently being split between McLean County and Madison County, which has also implemented its version of the Behind the Wall program.

The McLean County Detention Facility currently has a team of trained jail chaplains and counselors who will orientate the inmates and refer them to a treatment program offered by the Chestnut Health Systems that will help them recover from their addiction.

The addiction treatment program offers professional counseling sessions to the patients as well as Vivitrol to help them go through withdrawals and contain the physical cravings that most people in recovery experience.

It offers up to 12 shots of Vivitrol to the patients at the Chestnut Family Health Center. The first doses of the substance are always covered by the SAMHSA grant while the remaining doses are funded by Medicaid.

So far, the Behind the Wall program in McLean County has screened 25 people with substance use disorders.

The patients of the addiction treatment program have stated that they believe this is a great step toward improvements but they emphasize that more needs to be done in order to remove the obstacles faced by those who need help.

The participants also highlighted that they believe more people in the area will be seeking addiction treatment services if they become more educated on substance use disorders.

The members of the Chestnut Health Systems in Bloomington have been engaging in a number of outreach efforts that can demonstrate to the public and local law enforcement officials the potentials of their addiction treatment program.

Additionally, the representatives of the center are meeting with policymakers to allow them to learn more about their efforts.

State officials have also been looking to teach the community members about the costs associated with maintaining the prison population across Illinois, which amount to $1.3 billion a year — a sum that’s covered by taxpayers.

Although Illinois Gov. Bruce Rauner has been able to lower the state’s prison population by 7,000 since he was elected in 2015, he continues to have high hopes for the initiatives implemented recently. He stated that he hopes the state will be able to see the prison population go down at least 25 percent by 2025.