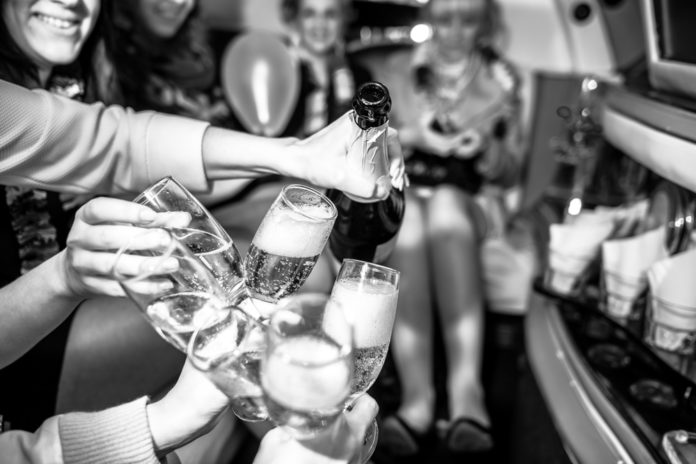 Going to a prestigious high school, living in a comfortable home or wealthy neighborhood, and having disposable income are some factors that will increase a teenager’s chances of having a substance addiction during their 20s, according to a research published last week in the journal Development and Psychopathology.

Foundation professor of psychology at Arizona State University and lead researcher Suniya S. Luthar explained that it’s normally much easier for wealthy teens and/or young adults with disposable income to access drugs or alcohol, even when they are enrolled in prestigious educational institutions.

“There’s an issue with pressure to accomplish, achieve, and shine not just at academics but at extra-curricular activities as well,” she said. “With these kids, a line we often hear from them is ‘we work hard and we play hard’ — and the playing hard takes a form of parties with alcohol and drugs. Another issue is that if not all, many of these kids have enough disposable money to buy alcohol and drugs as well as fake IDs of the highest qualities, cars to get to parties quickly, and so on.”

Luthar and her team analyzed two groups of Northeastern students: the first group was examined from their high school senior year across the five years following their college graduation (from ages 23 to 27); the second cohort was also initially assessed during 12th grade and followed throughout the four years of college (18 to 22).

The schools sampled were located in communities with high concentrations of white-collar professionals who were well-educated and had median incomes within the top five percent of the country. The researchers documented the frequency of drug and alcohol intake and the number of subjects with a diagnosis of substance use disorder.

“We didn’t just ask the children if they were ever diagnosed with addiction or alcoholism,” Luthar said. “We actually did interviews where the children were asked a series of questions that doctors might use to see if they meet the criteria. We were surprised and greatly concerned to see the proportion of these young people who met diagnostic criteria for addiction.”

The wealthy subjects analyzed were found to be more engaged in substance use than the average, and in both groups, males were significantly more affected by addiction than females. Rates of addiction were between 11 and 16 percent among women aged 22, but 19 to 27 percent among men of the same age; and 19 to 24 percent of women aged 26 had a drug or alcohol addiction, while 23 to 40 percent of the men in the same cohort were affected by a substance use disorder. These rates were respectively three and two times as high as national norms.

“We as parents sometimes believe that things couldn’t be that bad because the child is doing well academically. Even if there are hints, the tendency is to say, ‘how bad could it really be?’ especially if the child is keeping the grades up, managing extracurricular activities, [in] AP courses, and more. It’s not one thing, it is a combination of many factors that come together explaining the high numbers we’re seeing.” Article Name
Why are wealthy teens more likely to get addicted?
Description
Going to a prestigious high school, living in a comfortable home or wealthy neighborhood, and having disposable income are some factors that will increase a teenager’s chances of having a substance addiction during their 20s, according to a research published last week in the journal Development and Psychopathology.
Author
Livia Areas-Holmblad
Publisher Name
Addiction Now

When ‘one more time’ turns into one final overdose