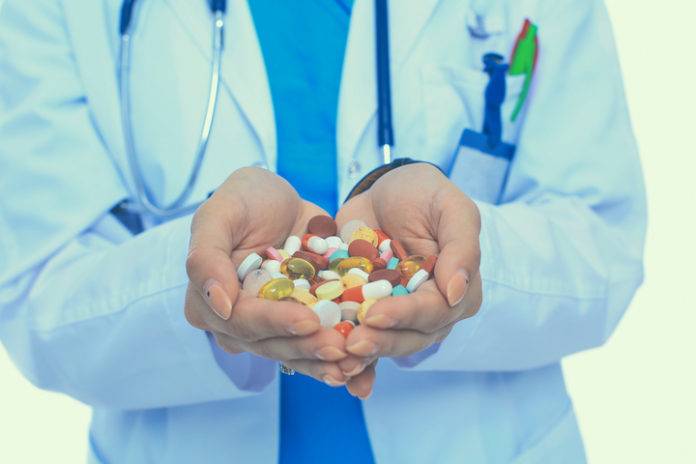 A new study has revealed that people with anxiety or depression account for a huge portion of prescription opioid use.

Only 16 percent of adults in the U.S. have mental health disorders, but the research suggests they are being prescribed more than 50 percent of the country’s opioids.

Researchers at Dartmouth College and the University of Michigan carried out the study using a sample of nearly 52,000 patients. The team — led by Dr. Brian Sites and Matthew Davis, Ph.D. — used government survey data from 2011 and 2013 to examine patients’ medical conditions, prescriptions and medication use.

They concluded that people with depression or anxiety are being prescribed a hugely disproportionate amount of opioid drugs.

“It appears that, independent of pain, if you have a mental health condition, it seems to be influencing the likelihood that you’re going to get a prescription. In our model, we had a doubling of the likelihood you would get an opioid,” said Sites, a professor of anesthesiology and orthopedics at Dartmouth-Hitchcock Medical Center.

He explained that the results of the study could not pinpoint the reason for the major discrepancy but believes the figures could point toward overprescribing by physicians.

“It may be possible that the presence of that co-existing disease influences the physician in a pro-prescribing way,” Sites said. “They perhaps may think that the patient won’t be able to handle pain to the same degree as someone without mental illness. They want to help, maybe out of empathy or overcompensating for the co-existing disorder. It doesn’t speak to whether or not these prescriptions are necessary or not, but the sheer magnitude of the prescribing suggests the possibility of overprescribing or unnecessary prescribing.”

The findings have raised some serious concerns. The U.S. accounts for 80 percent of the world’s opioid consumption, despite making up only 5 percent of the population, and drug overdose and opioid-involved deaths have been rising to epidemic levels. In 2015, the Centers for Disease Control and Prevention reported that 91 Americans die every day from an opioid overdose.

Those suffering from mental health disorders are already more vulnerable to opioid abuse, addiction, long term use and overdose. Sites said: “It is really concerning because we are talking about a vulnerable population. It can represent a very serious danger. I think that is where future research is needed.”

“Fundamentally there’s a very complex relationship between mental health, pain, and the outcomes of the various treatments. Pain is a subjective phenomenon so it doesn’t have a biological measure. So you can imagine the presence of psychiatric pathology might influence that subjective phenomena.” Michigan drug court doubles down on treatment to fight addiction

The link between negative sexual events and prescription drug misuse