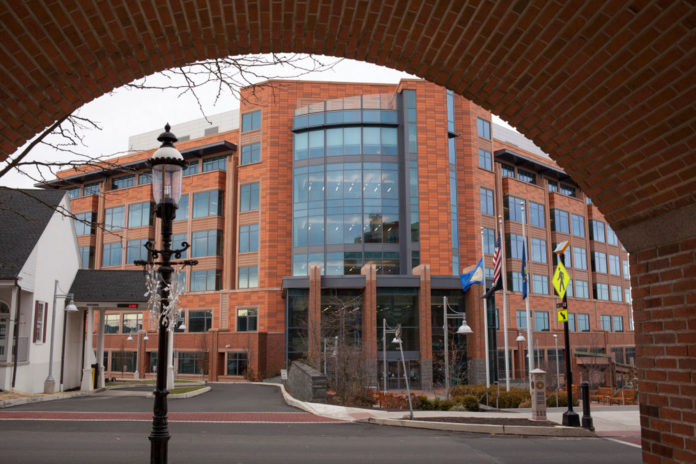 In an effort to address the opioid crisis, the Bucks County Department of Corrections began offering therapeutic recovery programs.

According to the U.S. Centers for Disease Control and Prevention, there were 5,535 drug overdose deaths in Pennsylvania recorded between October 2016 and October 2017 — this represents a 33.1 percent increase from the previous year.

Bucks County Coroner Dr. Joseph Campbell confirmed that there were 231 countywide opioid-related deaths in 2017 — this represented a 35 percent increase from the previous year. Most of the overdoses involved fentanyl and heroin, which were commonly mixed with cocaine and methamphetamine. Four overdose cases occurred in Doylestown Township and two occured in Doylestown Borough.

The department’s program was created with the help of a $300,000 grant from the county in 2016. Initially only for the male inmates, the addiction treatment resources were made available to female inmates two months ago.

Currently, 245 inmates are participating in some form of addiction treatment, including therapy, Alcoholics Anonymous or Narcotics Anonymous groups, and medication-assisted treatment.

Bucks County’s Director of Corrections Chris Pirolli acknowledged that most of the local inmates would not be incarcerated had it not been for their substance use disorders.

While many inmates don’t seek treatment, there has been more interest from those who have not yet been through an addiction treatment program, observed Mike Palumbo, a drug and alcohol specialist supervisor at the Bucks County Correctional Facility.

He added that promoting intervention and encouraging long-term addiction recovery are goals of the facility.

Inmates are also provided with sessions to help them build interpersonal relationships and other life skills.

To prevent certain inmates from relapsing, officials offer Vivitrol on a monthly basis. Alkermes, the company that produces the medication, offers it for free to the county’s Department of Corrections.

Inmates are also prepared for transitioning back into society and are transferred to after-care programs after being released.

Officials assist the inmates in applying for Medicaid, allowing them to access additional addiction recovery resources and to offset the costs of future Vivitrol shots.

Palumbo clarified that their treatment efforts should not be seen as a replacement for drug rehabilitation programs.

Bucks County inmates can stay in the treatment program until their sentence is complete. In addition, the programs partner closely with community organizations.

A grant from the Centers of Excellence — an organization through the Pennsylvania Department of Human Services that coordinates addiction treatment for people with opioid use disorders  — connects care managers with inmates to help them receive follow-up care and support.

Department of Corrections officials are currently tracking Vivitrol use and recidivism rates among the county’s inmates, along with other aspects of the program to determine its overall effectiveness.