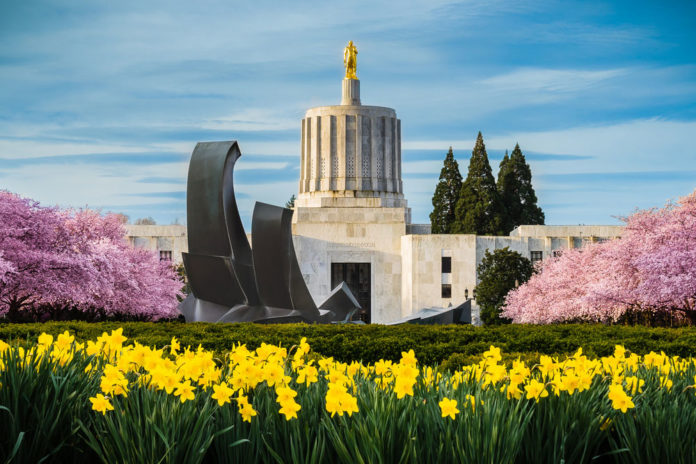 Oregon officials gathered this month in Salem to announce that the state will be allocating $600,000 to the expansion of substance abuse prevention efforts and opioid addiction treatment services.

The announcement was made by Oregon’s Attorney General Ellen F. Rosenblum who explained that the money will be going to two different organizations that offer opioid addiction treatment programs and other recovery services.

A portion of the grant — $260,000 — will go to the Oregon Health Authority, which will be expanding its Prescription Drug Overdose Prevention and Clinical Prescribing Guidelines Implementation Project. The investment in the program may boost the number of healthcare providers that implement safe opioid prescribing practices and obey the recommendations of the U.S. Centers for Disease Control and Prevention.

The Department of Family Medicine at the Oregon Health and Sciences University will be receiving the remainder of the grant — $360,000. The sum will allow for the expansion of the addiction treatment program Project Nature, which serves pregnant women in several different locations across Oregon.

Inpatient maternity care, medication-assisted treatment, certified counseling, pediatric and postpartum care, are some of the services offered by Project Nature to local pregnant women who have a substance use disorder and to their new babies, for one year after they are born.

Representatives of the university explained that the funding will be used to expand educational elements of Project Nature as well as its outreach components. They said that the capital will allow for the development of training programs for healthcare providers through the state and for the implementation of outreach initiatives focused primarily on professionals in the medical industry.

In February, Gov. Kate Brown officially declared that Oregon is in a state of emergency impelled by opioid abuse.

According to the Health Authority of Oregon, there were at least 250 deaths related to prescription and illicit opioids in the state last year. And a total of 41 people who had a drug overdose went to the Salem Hospital.

Brown also met with a group of advocates in February in Salem to introduce new measures that aim to address the public health problem caused by drugs. Last month, she signed an order that not only officially highlights the substance abuse and addiction crisis that Oregon is going through but also establishes a number of deadlines for the Oregon Alcohol and Drug Policy Commission, including one for the delivery of an official plan to fight the state’s drug crisis by 2020. Drug and Alcohol Treatment in Palmer Benefits from Grants